Tim Tebow is mourning the loss of his beloved dog, Bronco, after putting the pet down on Wednesday night.

The former NFL athlete, 32, shared a heart-wrenching video to Instagram before saying goodbye to his furry friend, breaking down in tears as he fed Bronco a snack one final time.

Tebow also included a series of photos documenting he and Bronco’s time together since the athlete took him home as a puppy in 2010.

“One of the toughest goodbyes. Wanted to make a special tribute to the sweetest boy ever — thank you for all the joy you brought and all the memories,” he captioned the post.

Tebow continued, “Aunt Patty, thank you for loving him, and thank you to all the other people including Miss Shea and Miss Mindy for sharing so much love with Bronco. If you had the pleasure of meeting Bronco, one of the best dogs ever, I would love to hear your story.”

He also included a special shout-out to Bronco’s caretakers “SEVO-Med, Blue Pearl Vet and UF Small Animal Vet Hospital” who Tebow thanked for “taking care of him every time he was sick.”

Tebow received Bronco, a “stud” Rhodesian Ridgeback, as a gift after he was selected as the 25th pick by the Denver Broncos in 2010, he told AOL.com in 2018.

“It made sense when I just got drafted by the Broncos,” he told the outlet about picking the dog’s name. “We’ve always liked the name, we always liked that truck, so we talked about it and we were like, yeah, that’s really cool.”

Brantley Gilbert Opens Up About His Late Dog Alley: I Know Our Sweet Girl Is in Heaven

The current Syracuse Mets baseball player also posted his sweet tribute on Twitter, including another video sitting by his dog’s side at the vet as the animal breathed heavily.

Last year, Tebow empathized with AOL, “For so many people, [dogs] are our best friends and they provide so much joy and love.” 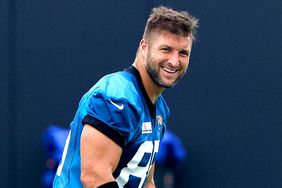 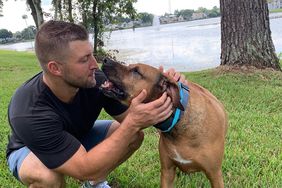 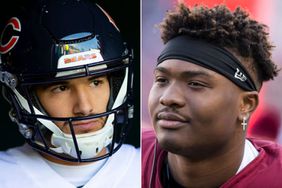