The Water Bowl: Boo's Owner is a Facebook Employee

While she’s tried to stay out of the spotlight, the owner of Boo, the “World’s Cutest Dog,” has been outed as Irene Ahn, an employee within Facebook’s finance department. Until now, Ahn has remained unidentified to keep the focus on her dog. –AllThingsD.com

Parrots can discover the location of a food reward through clues, but also through the absence of clues, an ability only previously seen in humans and apes. In a new study, the birds had a box filled with food and an empty box shaken in front of them. To win the reward, the birds had to recognize that no sound meant food was in the other box, a feat even human children can’t work out until age 3. –MSNBC.com

Seven-year-old Evan Moss, who suffers from seizures, wrote and self-published his book, My Seizure Dog, with the help of his family in a bid to raise enough money to purchase a seizure dog that would help with his condition. As a result of public support, $45,000 was raised, enough to bring home a seizure dog for Moss, and provide dogs for seven other people. –Washington Post

A photo of a man and his dog taken by professional photographer Hannah Stonehouse Hudson and uploaded to her Facebook page has gone viral, garnering more than 2 million views. The shot depicts owner John cradling his 19-year-old rescue dog Schoep, who suffers from arthritis, in a lake because the water provides relief for the dog’s ailment. “My specialty is documenting relationships, whether it’s a wedding or a man and his dog,” Hudson said. –Pioneer Press 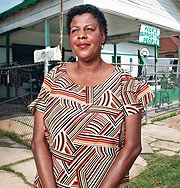 After Five Years of Silence, the Lonely Voice of Miles Davis' Trumpet Is Once Again Heard in the Land

The Water Bowl: Sisters Campaign on Facebook – for a Puppy

The Water Bowl: Abused Texas Dog on the Mend – Thanks to Facebook