Liam Beach, 19, decided to take the adorable photo of his 16 dogs after his friend said it would be an impossible shot to organize

It’s the prom photo of your dreams: sixteen Dachshunds arranged in perfect pairs on a staircase.

According to The Mirror, the precious pic was made possible by Liam Beach. The 19-year-old trained his 16 long dogs to pose on the stairs, after his friend told him it was impossible to organize all of the pups for one photo.

The setting for the shot is Beach’s home in Rhondda, South Wales. Beach was able to get the photo by teaching the dogs to stay in place on the steps. Once he had everyone organized, Beach rushed to the camera, used a squeaky ball to get the attention of all 16 canines, and then clicked the button.

Calling All Wiener Dog Fans: Germany Has a New Dog Museum Devoted to the Dachshund

When they aren’t posing for viral photos, the pooches compete in dog shows with Beach and inspire their teen owner, who hopes to open a dog grooming salon when he is older. 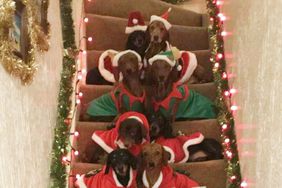 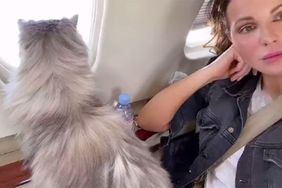