Meredith was excited about her cameo in the superhero comedy, while Taylor Swift's cat Olivia didn't offer any comment

Deadpool 2, the most recent installment of the R-rated superhero franchise starring Ryan Reynolds, is stacked with surprising cameos.

If you blink, you might miss Brad Pitt’s appearance, same with the bit parts Taylor Swift‘s cats, Meredith and Olivia, both play in the comedy. The felines appear on a t-shirt Reynolds’ character wears. The tee shows both kitties, side-by-side, looking adorable (obviously) with the text “Olivia & Meredith Best Friends Purrrrr-Ever”

As one of the proudest cat moms in the biz, Swift, 29, didn’t miss her furry friends’ cameo in the film.

The singer, who is currently on her Reputation tour, posted a series of Instagram stories reacting to her cats’ big Hollywood break.

“I’m so proud of my fuzzy daughters,” reads one of the posts featuring the shirt, where she also goes on to thank Reynolds for the inclusion.

The rest of the Instagram story series has Swift, who dressed as Deadpool for Halloween last year, taking on the role of the paparazzi, approaching her feline friends for comment.

Meredith offers her response through a bout of “next level” purring, while Olivia is a tad more coy about her feelings.

“She’s very private,” Swift writes on a post about the younger cat’s response.

Perhaps the kitty cameos were Reynolds’ way of returning a favor. It was recently revealed that James, his elder daughter with wife Blake Lively, provided the opening baby voice heard at the beginning of Swift’s track “Gorgeous.”

The 2-year-old even gets a shout out in the album booklet that comes with Reputation. 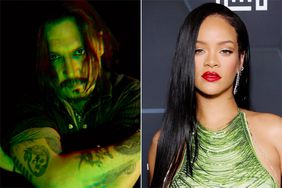 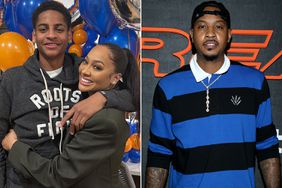 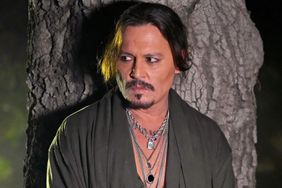 Sydney Sweeney Won't Comment on Controversial Pics of Mom's Birthday: 'It's Been a Wildfire'