The well-known 1:7 ratio for dog and human years isn't a reliable way to determine your dog's age, according to researchers, since canines and humans age differently

For years pet owners have gone by the rule that if you multiply your dog's age by 7, you will get their true age — so if your dog is 8 years old, their physiological age is likely closer to 56.

Science is here to say that equation isn't quite right. A new study by researchers at the University of California San Diego School of Medicine, which was recently published in the Cell Systems journal, has found this practice won't give you your pooch's true age because dogs age differently than humans.

According to a release about the study, the researchers have come up with a new equation that "more accurately compares the ages of humans and dogs" because it is "based on the changing patterns of methyl groups in dog and human genomes — how many of these chemical tags and where they’re located — as they age."

Since dogs and humans age at different rates, creating a formula isn't as simple as the established 1:7 ratio suggests. The new methylation-based formula the study's researchers have created is "the first that is transferrable across species" and "may provide a useful tool for veterinarians, and for evaluating anti-aging interventions."

Dogs Can Pick up on Their Owner’s Stress Levels and Feel Anxious Too: Study

"There are a lot of anti-aging products out there these days — with wildly varying degrees of scientific support," said senior author Trey Ideker, PhD, professor at UC San Diego School of Medicine and Moores Cancer Center. "But how do you know if a product will truly extend your life without waiting 40 years or so? What if you could instead measure your age-associated methylation patterns before, during, and after the intervention to see if it’s doing anything?"

Using blood samples from 105 different Labrador retrievers of varying ages, the study's researchers mapped how the patterns of the canines' methyl groups shifted as they aged. This new research allowed the study to create a graph that can be used to match up the age of your dog with the comparable human age, and the comparison is not 1:7.

“This makes sense when you think about it — after all, a nine-month-old dog can have puppies, so we already knew that the 1:7 ratio wasn’t an accurate measure of age,” Ideker said.

The graph, which also serves as the visual formula for dog-human age comparison, is available online — complete with Tom Hanks flair — for all dog owners to use to help determine their dog's physiological age. All you need to do is find your dog's age on the bottom axis and trace your finger straight up to the red line to get your pup's age in human years.

The researchers know this formula isn't perfect, especially since the study only used samples from one breed of dog, but they hope that this new formula is the first step to a more accurate understanding of dog aging and what kind of care and treatment dogs of different age groups need. 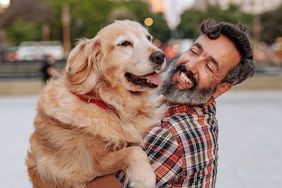 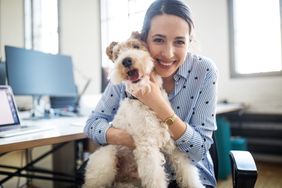 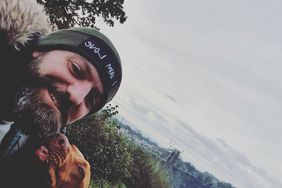 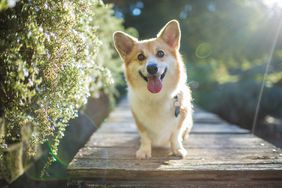 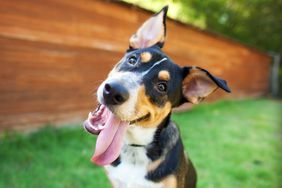