A London cathedral held a memorial service this week for one of its furry congregants.

On Wednesday, Southwark Cathedral honored Doorkins Magnificat, a beloved stray cat that lived in the church for 12 years and died on Sept. 30, according to the New York Daily News.

Doorkins stumbled upon the church sometime between Christmas Day and New Year's in 2008 and decided to make the grand building her home.

When she first arrived, the feline was a hungry stray and the clergy welcomed the animal with food and open arms, The Guardian reported.

She became a part of the church community, finding her space next to a warm pipe beneath the chancel or on a cushion in the consistory court.

Dean Andrew Nunn even credited Doorkins for bringing new members to the church, calling her "a godsend."

Iowa Woman Has Her 'Wonderful' Cat Cloned After His Death

She made herself at home and was never bothered by large gatherings or special occasions, hardly batting an eye when Queen Elizabeth II stopped by.

She became such a staple to the cathedral that the church created Doorkins Magnificat merchandise including greeting cards, mugs, fridge magnets and more.

Doorkins' health began to decline in 2017 — she suffered kidney problems, loss of hearing and eventually lost all her vision. Following a stroke last month, she died in the arms of Paul Timms, the head verger, at his home.

The church held the memorial service under the cathedral's Gothic arches before laying the cat to rest in the churchyard.

"In more normal times, we often host memorial services for the great and the good. But I don’t think there’s ever been a service for a cat," Nunn added.

While only 30 people were allowed to attend the service due to the pandemic, the church livestreamed the event for those who wanted to be a part of Doorkin's special ceremony.

As of Friday, nearly 7,000 people have watched the service. 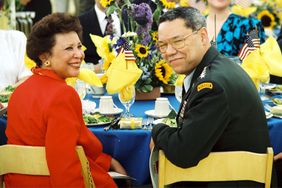