Jack, a 9-month old puppy with spina bifida, was supposed to be adopted last month but the applicant never showed up to meet him

After a "ruff" start to the adoption process, a special needs puppy has finally found his forever home.

According to the rescue caring for Jack, the 9-month-old American bulldog with spina bifida was adopted this week by a new family after his initial adopters failed to show up to meet the "sweet" puppy last month.

"Jack was very sad when his meet and greet person was a no show, no call," Peaches Bully Rescue in West Chester, Ohio wrote on Facebook in January after Jack was stood up . "He had a bath, got his fancy harness on, had a fresh diaper, and a dedicated foster team that drove 40 mins each way just to end in huge disappointment. Obviously, that wasn't his family."

The post went viral, and the rescue received hundreds of inquiries from loving families looking to adopt Jack.

A few weeks after posting the dog's sad story, the rescue shared that Jack "found his home" and is "excited to start the next chapter in his life."

"He has a human sister to love on him, lots of toys and diapers that this gracious community donated, and a new stroller to ride around in style," the rescue added.

Special Needs Dog Was Stood Up by His Adopters, Now Hundreds Want to Give Him a Home

"We appreciate everyone who applied, offered warm wishes, donated to his care, and have shared his story. We especially thank his foster family who is dedicated to supporting him in his new home," the celebratory Facebook post continued.

To prepare for his big adoption day, Jack was treated to a bath, an ear cleaning and a nail trim.

Jack's spina bifida requires him to wear diapers, as he is completely incontinent, according to Peaches Bully Rescue. He also has club feet, so he isn't able to go on long walks.

According to his rescue profile, Jack's favorite activity is "wiggling on the couch with his toys and humans."

As seen on his page, Jack is keeping busy at his new home: playing outside in the snow, enjoying peanut butter treats and getting in a lot of naps.

"Nap time with my toys after mommy wore me out," his owner captioned a recent picture of Jack sleeping. 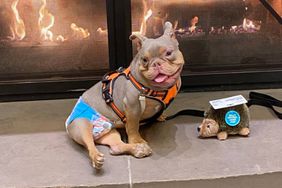 Special Needs Dog Was Stood Up by His Adopters, Now Hundreds Want to Give Him a Home 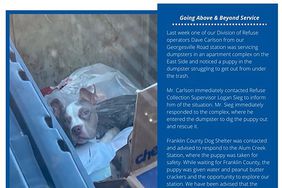 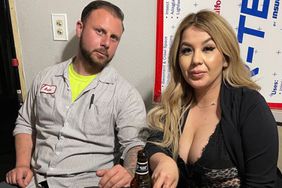 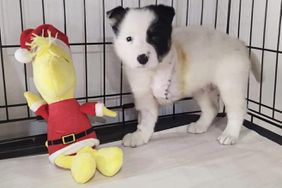 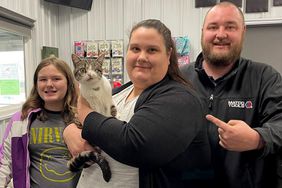 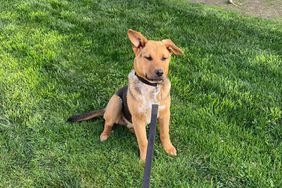 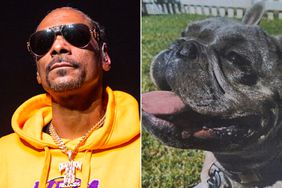 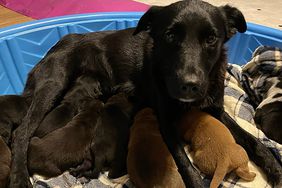