Show Me Your Belly!

These dogs and cats offer an invitation to rub their bellies. We accept!

Oscar is a heartbreaker, explains Natalie Garris (luvmy5dogs) of Orlando, Fla. “He loves to lay on his back, flirt with mama and smile at me,” she says proudly.

Krista Henderson (kristahenderson) gives us two bellies for the price of one! Both bellies (one belongs to Krista’s boyfriend) are full after Chloe’s first Thanksgiving.

Tina Aguilar (tinaa34) says Casper’s cutest habit is lying on his back. “Mommie, pleaseeeeeeeee scratch my belly!!!” she imagines him calling to her.

Linda Anderson (lcra1976) of Ontario loved her rescue dog Jesse adapted to family life. “After I adopted Jesse, he decided my bed was his favorite place to have a good afternoon nap,” she says. “Out like a light.”

Another cat gets a belly-displaying lesson from a significant other! “My boyfriend was sleeping and Sage was laying on his belly,” says Emilie Ferrell (emilie51). “Sage rolled over and just fell asleep like this SOO cute!!!”

“This was Butter’s favorite way to lay - especially on the couch!” says Regina Gause (ReginaLisa) of Belews Creek, N.C., whose dog was 11 and blind by the time this picture was taken. “But she was still happy as can be!”

“Ophelia loves to show off her tummy,” says Katy Dvoracek (katyd1024) of St. Paul, Minn. She “was doing so on my bed, with her paws crossed - just before she fell off!”

“It’s so hard being a cat. Honestly!” says Josie Hernandez (jadenmarie). “Even for a playa like Caity…If there is one thing Caity always has time for, it’s nap time.”

“Rupert never ceases to amuse us with the weird positions he lounges around the house in,” says Jodie Fraser (pixelicious).

“Tubby has always had a thing with sleeping belly up!” says Andrea Bell (bluebell23) of Seattle, Wash., of her pooch, snoozing with pup Susie.

Balloo lets it all hang out! Britt Cooper (christopher) of San Francisco, Calif., says this is Balloo showing off her belly.

Would you be able to resist rubbing this belly? Britney Sanders (britney) of Florida says “this is one of Bella’s many poses.”

Even serious-looking German shepherds like Ike can actually be goofballs! Christine Strope (mrcoco) of Hilton, N.Y., snapped this silly shot.

See some more reclining pets in our gallery of Outrageous Yawns! 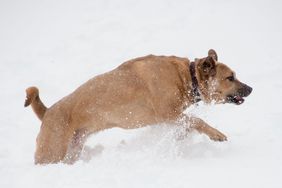 Show Me the Snow! How Animals Handled Winter Storm Jonas

Close Your Eyes, Give Me Your Paw: This Bulldog Wants to Sing 'Eternal Flame' to You (VIDEO)

Suits Your Belly: A Chic (and Luxe!) Line of Maternity Work Clothes

Hudson: Show Me the Money

'Desperate' Sheridan: 'Show Me the Money'

Picks and Pans Review: Send Me Your Love

Picks and Pans Review: Tell Me Your Dreams 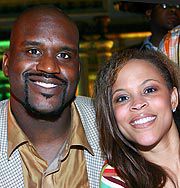 Picks and Pans Review: 'Show Me How'

Adopt Me! Flirt Jessa Is Always Begging for a Belly Rub

Picks and Pans Review: Show Me the Money

Picks and Pans Review: Show Me the Magic

Adopt Me! Gain Digit's Trust and He'll Ask for a Belly Rub 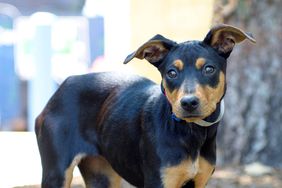