Bo may be a "second chance" dog, but not a straight rescue, some say

Sure, Bo Obama is cute, but he’s missing one thing: street cred with the rescue community. Pet welfare workers say they feel the Obamas let them down when they didn’t choose to adopt a shelter dog.

Obama had raised expectations when he said he wanted a “mutt like me.” During his first press conference after winning the election, he told reporters that there were “two criteria that have to be reconciled.” One was that the new dog “has to be hypoallergenic” because of 10-year-old daughter Malia’s allergies. The other, he said, was that “our preference would be to get a shelter dog.”

The Humane Society of the United States tried to put a positive spin on the situation, praising Obama for taking a “second chance” dog via a gift from Sen. Ted Kennedy. But even HSUS president Wayne Pacelle told PEOPLE Pets: “No doubt, no question, clearly animal advocates are disappointed.”

The Texas breeder who provided Bo, Martha Stern, told Pet Connection that Bo was originally purchased to keep a senior dog company but that relationship didn’t work out – Bo had tried nursing the dog, to its annoyance.

Stern also pointed out that it would’ve been difficult to find a Portuguese Water Dog in a typical rescue situation. “We don’t want any of our dogs to end up homeless,” she says. “And the Portuguese Water Dog Club of America, that we belong to, requires that their breeders take back their dogs if for any reason, any reason at all, the people can’t care for the dog. That’s what responsible breeders do, always.”

Currently, there are 13 Portuguese Water Dogs up for adoption on Petfinder.com, which allows users to search shelters nationwide for specific types of animals. Kim Saunders, co-founder of the adoption site, told PEOPLEPets: “Bo seems like a great dog, but we were all hoping the President would lead by example.”

Bash Dibra, dog trainer and founder of Paws Across America, agrees. He said the White House staff contacted him this winter for dog advice and he recommended getting a shelter dog. “I was hoping he would get a dog from a shelter like Oprah did,” Dibra says.

Katie McCormick Lelyveld, a spokeswoman for Michelle Obama, told the Associated Press that the First Family started “their search with shelter dogs.” But after meeting the dog and feeling that it fit their lifestyle, she says, and “because this gift came before their pound search sort of was completed, [The Obamas] made a gift to some of the places they were looking.”

The Obamas have said they would make a donation to their local Washington, D.C., Humane Society. CEO Lisa LaFontaine says she hasn’t seen the money yet and doesn’t know how much it will be – but she was impressed with how much the Obamas deliberated on their potential dog.

Still, the Humane Society’s Pacelle says he’s glad the quest for the first puppy ended with some extra attention for shelter dogs. Right now about 1.5 million healthy, adoptable dogs are euthanized a year, he says, a situation that could be avoided if just 35 percent to 40 percent of dog-owning families would get their next dog from a shelter.

Photos: From Puppy to Top Dog

Bo Gets the Late-Night Funny Treatment

Where Will Bo Sleep? Not in Obama’s Bed

All You Need To Know About Portuguese Water Dogs

Bo Obama Makes His Public Debut – Here Are the Reviews (& Some News!) 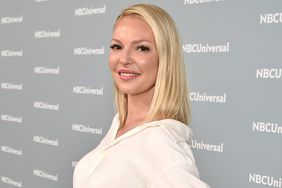 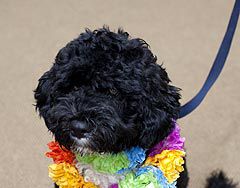 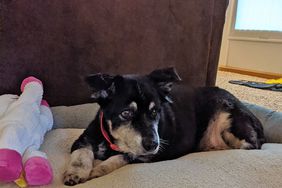