"Like other businesses, we don't have a plan for this, but we knew we had to get the animals out of the cold," one official said about the Texas zoo's response to Winter Storm Uri

The San Antonio Zoo is finding creative ways to keep its animals safe and warm.

As Texas grappled with an unprecedented winter storm, which has left millions without power in plummeting temperatures, the zoo moved a number of its animals out of their normal habitats.

"Like other businesses, we don't have a plan for this, but we knew we had to get the animals out of the cold," Craig Pelke, the zoo's director of ectotherms, told the San Antonio Express-News. "We have an emergency response plan for hurricanes, flooding, and other things, but no one can plan for this type of extended deep freeze."

On Tuesday, after losing electricity to their well pump, the zoo relocated 14 crocodiles and alligators, and over three dozen turtles to the zoo's Africa Live! building, Pelke shared with the outlet.

"Today, due to power outages within the zoo, alligators are roaming the building to stay warm," the zoo wrote on Facebook alongside a video of the large reptiles crawling in front of some fish tanks.

The zoo also moved a number of birds, including their flamingos, into the zoo's Riverview restaurant, and shared photos of the animals in their unusual temporary home.

"It was like a big rodeo," Pelke told the local newspaper. "They are now warm and toasty in that area."

Additionally, the zoo has been making improvements to existing structures to ensure that their animals stay as comfortable as possible.

For example, although their Elephant House is already heated, zoo staffers stuffed the doors with hay in order to increase insulation.

Since the winter storm first hit, zoo staffers have been "working around the clock" to keep all of the animals safe and warm.

"Members of our Animal Care team have been literally LIVING at the zoo since Sunday night - now that's dedication!" the zoo wrote in one supportive social media post. "We're incredibly fortunate and proud to have such an amazing team caring for the animals!"

In recognition of all their hard work, Papa John's San Antonio made a pizza donation to the "Zoo Crew," and on Thursday a culinary team came in to provide lunch for the entire staff.

Although the zoo has since gotten their well pump running again, it will remain closed through at least Friday.

The zoo is also asking those wishing to support their efforts to consider donating to their emergency fund.

While the San Antonio Zoo has not lost any animals due to Winter Storm Uri, a local animal sanctuary has not been as lucky. Primarily Primates, a nonprofit sanctuary in Bexar County, released a statement on Wednesday mourning the loss of 12 animals.

"The sanctuary has been without power since early Monday morning," the sanctuary wrote, noting that while staff members and volunteers were able to "evacuate dozens of animals" and "use heaters and generators" to keep other animals warm, they weren't able to save them all.

"Every animal matters to us and we are devastated," Priscilla Feral, president of Friends of Animals, which has managed the sanctuary for over a decade, shared in a statement.

Feral also thanked the San Antonio Zoo for helping the sanctuary out during this difficult time.

"We know this unprecedented Arctic blast is taking a toll on humans, which is why we are so grateful to the San Antonio Zoo staff for helping us transport and care for animals as well as the more than 60 volunteers who have organized meetups and driven their 4x4s in treacherous conditions to bring us supplies," Feral wrote. "Their kindness brings some comfort during this nightmare. They are heroes, and so are our staff members." 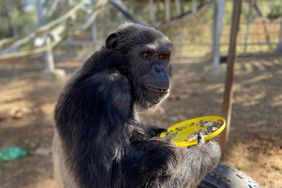 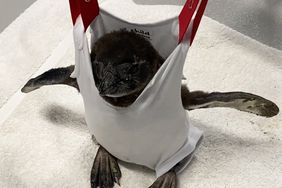 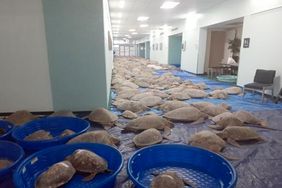 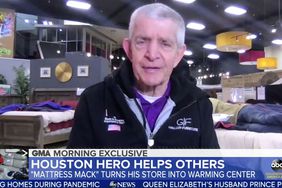 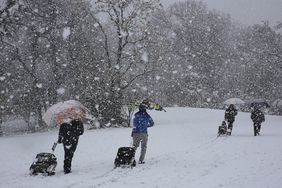 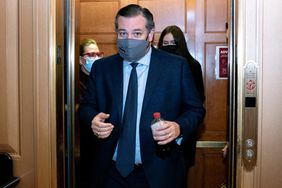 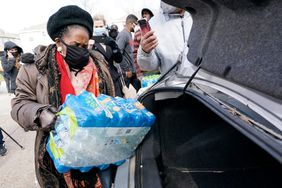 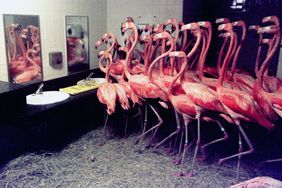 Protecting Animals During Hurricanes: How Zoos and Aquariums May Handle Irma 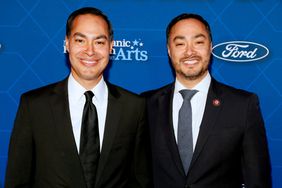