People weren't the only ones excited about the election. Dogs, cats and even squirrels jumped on the political bandwagon in the last year.

Westie Jacques wears red, white and blue to a protest at the Republican Convention in Minneapolis.

Marshmallow glares at Larkspur, Colo., neighbors who had the audacity to implant an Obama sign in their lawn.

Banana of Los Angeles puts out the woofs for Obama.

Move over, Obama Girl–squirrel Lucy has her claws in this administration! (An orphan, Lucy was rehabilitated and released in New York.)

Democrat Diva was offended by any comparisons to a certain Republican hockey mom.

HOW MUCH DO I LOVE OBAMA?

Thiiiiiis much! Mischa raises two paws in a victory salute to the President in Seattle.

Like the President, 6-year-old Gretzky has lots of hope: He “hopes the kids will drop food on the floor, he hopes someone will take him out for a walk, he hopes that someone will sit down to pet him,” says his mom Kristen Findley. “Ever the optimist, he is an Obama dog.”

Bennie the Jet Rodriguez gives a big, sloppy kiss to Obama in Arizona.

Liz Kearley’s Honey, from Charlotte, N.C., first was red, and white blue for Hillary Clinton, but is now an Obama – and presumably a Bo – fan.

Miles gives a bowl full of purrs for the President.

This New York Chihuahua campaigned for Obama for Halloween. 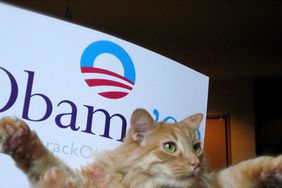 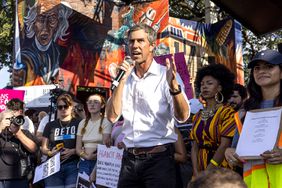 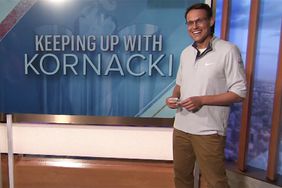 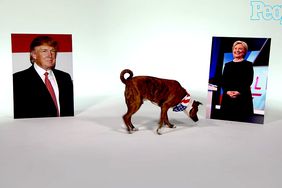 WATCH: Who Did the Puppies Pick for President? 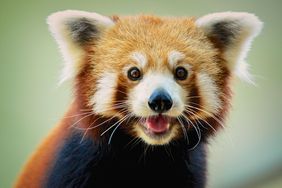 Picks and Pans Review: Rockin' with the Rhythm

How to Vote on Election Day 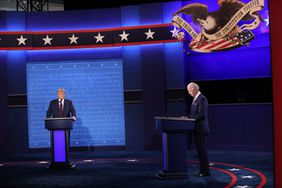 As the Presidential Debates Remain Up in the Air, a Look Back at No-Show Debaters of the Past 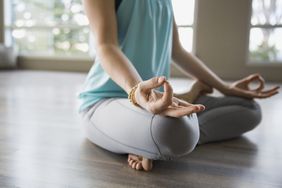