Rebecca Lynch, the president of a rescue shelter in Florida, was on vacation when she found the pregnant dog

Rebecca Lynch, the president of Poodle and Pooch Rescue of Florida, was on vacation in Georgia last weekend when she heard about a pregnant dog who had just been left at a kill shelter.

Lynch and her husband picked up the dog, named Lizzy, on their way home to Orlando, Florida. In a Facebook post, Lynch explained that Lizzy was “very pregnant, afraid and confused” when they picked her up from the shelter.

“This dog was in desperate need of help — she was pregnant, had a broken leg and was heartworm positive,” Poodle and Pooch Rescue staff explained in their own post.

On the drive from Savannah, Georgia, to Orlando, Lizzy gave birth to six puppies in the back of Lynch’s car. The mother and her pups are now being taken care of by Poodle and Pooch Rescue staff, who say that they are “going to require a lot of vetting and care.”

Lynch tells PEOPLE that Lizzy and her puppies are now doing “well,” though she adds that Lizzy’s broken leg is likely irreparable and will need to be amputated. The shelter is waiting to address that concern until after her puppies have been fully weaned.

Anyone interested in helping Lizzy and her pups is encouraged to donate to Poodle and Pooch Rescue here. 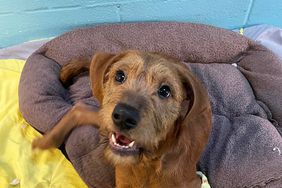 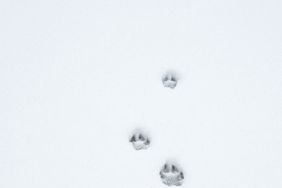