An animal inspector in the U.K. freed the kitty by wrapping it in a towel and cutting away the plastic around its head

While National Peanut Butter Day (Jan. 24) has come and gone in the U.S., it appears felines across the pond are trying to take this thing global.

According to the RSPCA, it received a call from “a concerned member of the public,” who found a cat with a plastic peanut butter jar stuck on its head on Saturday.

The cat, who is a known stray in the Oxfordshire area, was believed to be under 6-months-old.

“The kitten had his head completely stuck inside a plastic pot of peanut butter,” said Inspector Jaime Godfrey in a press release. “When I arrived he was lying in a heap on the grass with frost covering his fur – he couldn’t move at all.”

They were able to free the struggling kitty by wrapping it in a towel while Godfrey carefully cut the plastic around its head — after it was all over, it didn’t stick around for thank-yous.

“As soon as the cat was free he ran away very fast. He was obviously shaken up by his experience,” Godfrey said, adding: “It is very important that people remember to clean out their old pots and jars to prevent attracting animals, and also secure your litter and recycling.” 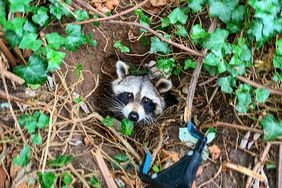 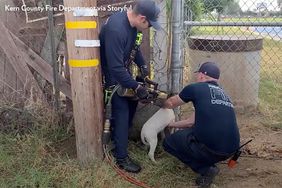 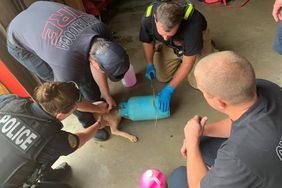 Tennessee Firefighters Free Puppy Brought in with His Head Stuck in a Bottle: 'Glad He's OK!' 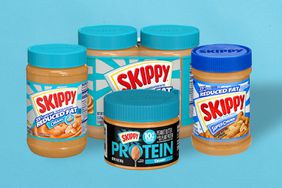