The Suicide Squad actor, 27, recently teamed up with smartwater to help the brand launch their first-ever Rehydration Day — an entire day dedicated to getting Americans rehydrated after the July 4th weekend.

In an exclusive interview with PeopleTV host Jeremy Parsons, Davidson said being part of smartwater's efforts to keep people hydrated is one of the "smartest decisions' he has made recently. The other?

"I got a dog," the Saturday Night Live star told PeopleTV.

Davidson shared that he recently welcomed a Havanese named Mabel into his life and that the dog has been "great" for his anxiety.

"That was the smartest decision I've made," he added of the pup.

Mabel keeps her comedian-writer-actor-producer owner smiling by always eagerly greeting him when he comes home.

"It doesn't matter what happens to you because the dog will always be excited to see you. So that's something I've learned, which is really nice," Davidson told PeopleTV about Mabel.

The King of Staten Island star also shared that he is planning on getting his extensive collection of tattoos removed, a process that will likely take over two years.

Davidson references the choice in his new commercial with smartwater. In the clip, the actor is shown sitting in a doctor's office getting a tattoo lasered off his arm.

"I've made a lot of questionable choices, and a couple of them need removing," Davidson quips in the spot. "But now I'm trying to make smarter choices, hydrating with smartwater and stuff like that." 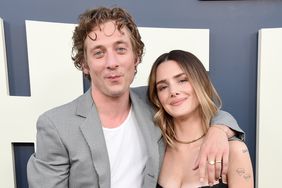 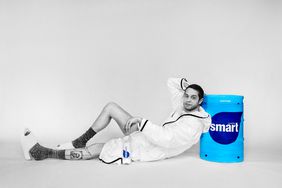