Meet Nigel. You might notice something is missing. But what this 5-month-old kitten lacks in facial features he makes up for with purrsonality.

In July, Nigel, then just six weeks old, was found discarded near a dumpster in Dorchester, Massachusetts, by a Good Samaritan. The kitten was malnourished, dirty and in desperate need of medical help.

He was taken to the MSPCA-Angell for treatment. Shortly after arriving at the facility, a part of Nigel’s face fell off, reports Boston.com. Yes, you read that right.

“His nose and much of his face seemed discolored but that appeared to be a standard infection for which we started him on pain medicine and antibiotics,” MSPCA adoption center manager Alyssa Krieger said in a statement about Nigel’s arrival. “We were shocked to discover later just how seriously injured Nigel was.”

While the shelter isn’t certain what led to Nigel’s shocking injury, the feline likely suffered some kind of trauma during his short time on the streets.

“Unfortunately, this little stray cat got into something,” Mike Pavletic, head of surgery at the MSPCA’s Angell Animal Medical Center, told Boston.com. “It could have also been bitten in the face, sustained serious injury, gotten infected, and then a different part of the lip and part of the nose just became devitalized.”

MSPCA didn’t let that missing piece stop them from helping Nigel. For the past few months, the shelter has been caring for the kitten, fostering him out to a loving home and preparing him for facial surgery.

The shelter has kept track of Nigel’s progress and hijinks on an Instagram they created for the kitten, who they affectionately call No Nose Nigel. It isn’t just the shelter that is smitten; Nigel has over 2,800 followers on Instagram.

Nigel isn’t bothered by his absent snout either. The shelter says that he acts just like any other kitten. He loves to play hard and cuddle harder, and can often be found curled up on a lap or pouncing on a toy mouse. Difficulty eating and drinking, is the only real complication Nigel has from his injury, and even this will soon be a thing of the past.

On Thursday, Nigel, now healthy and healed, underwent the 2-hour surgery he had been waiting for.

“Dr. Pavletic surgically reconstructed Nigel’s face using nearby tissues and has gotten Nigel to as close to having a normal face as is possible.The surgery went very well and Nigel has been doing well in recovery,” MSPCA-Angell spokesman Rob Halpin told PEOPLE in an email.

Nigel will stay at the hospital for the next couple days so Dr. Pavletic can monitor’s the kitten’s recovery process. If this little cat that could continues to show the same strength as he has over the past four months, he should be ready to go to a forever family in just a few weeks.

The shelter is currently looking for the perfect home for Nigel. Since Nigel is still young and well socialized by his foster family, he should fit in to almost any household willing to keep an eye on his injury and shower him with love.

Those interested in bringing Nigel home can reach out to adoption@mspca.org for more information. 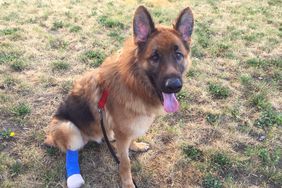 Dog Caught in Tether Chews Off Part of Foot to Escape 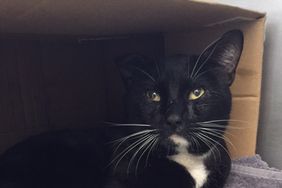 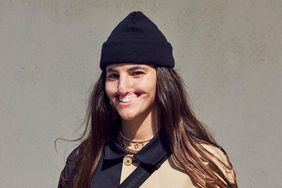 Buttons Used in Surgery to Help 'Friendly' Cat Recover From Dog Attack: 'He Has Adapted Quickly' 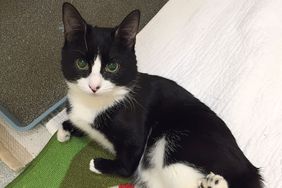 Army Crawling Handicapped Cat Looking for Forever Home in Massachusetts — Are You His Next Person? 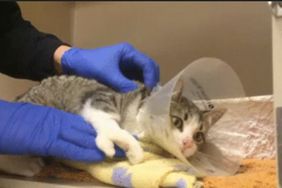