Bella's story "pulled on my heartstrings," said the officer who drove the pup back to her South Carolina owner

Clearly, Bella was never meant to be a Jersey girl.

Thanks to the efforts of a New Jersey police officer, the displaced basset hound made it home to Myrtle Beach, South Carolina, after she ended up at a New Jersey animal shelter.

According to a press release posted on Facebook by the Wall Township Police, New Jersey patrolman Frank Kuhl responded to a call at the Allaire Corporate Center, where someone needed assistance.

The dog’s owner, a 34-year-old man from Myrtle Beach, who co-owned the dog with someone in South Carolina, was in need of medical attention and his vehicle was no longer in working condition.

“Ptl. Kuhl promised the man that he would ensure that Bella got back to his family,” the release said.

“It pulled on my heartstrings a little bit,” Kuhl told CBSNewYork.com. “I have two dogs at home, and I got a vibe that this guy feels the same way about dogs that I do.”

The pooch was taken in by the Monmouth County Humane Society and put on a seven day hold, after which she would have been put up for adoption. Before that would happen, Kuhl contacted the dog’s co-owner in Myrtle Beach, who said they could not make the trip up to New Jersey to get her.

“Her owner was distraught by not having the ability to make the trip,” the press release said, “Ptl. Kuhl then took it upon himself to begin making arrangements so that Bella could get back to Myrtle Beach, South Carolina.”

The officer was granted permission to temporarily take custody of Bella, then Kuhl, his wife Denise, daughter Olivia, and son Michael all cared for the pup while she stayed with them for two weeks until arrangements could be made to get her back down south.

“My whole family pitched in a lot during that time,” Kuhl told CBS. “Bella got along great with everyone.”

Fellow officer Michael Tancredi volunteered to make the trip with Kuhl to South Carolina, a 650 mile journey by car. On Aug. 4, after a long trek — which included a cute photo opp above at a rest stop — Bella made it back home, where her owner was elated to be reunited with her.

“As soon as she [the co-owner] opened the door, she was so excited,” Kuhl recalled. “She was calling to all her other dogs, ‘Bella’s home!’ ‘Bella’s home!'” 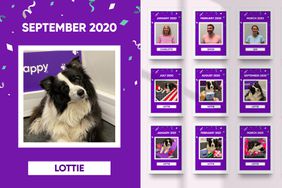 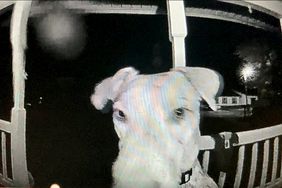 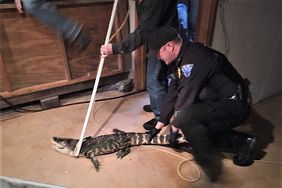 25-Year-Old Alligator Found in Basement of Ohio Home: 'I've Never Seen Anything Like That' 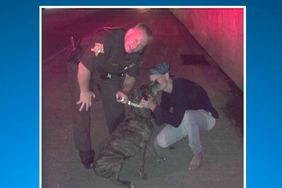 The Water Bowl: Missing Dog Turns Up 1,000 Miles From Home, Plus: A Vick Jersey for Your Dog? 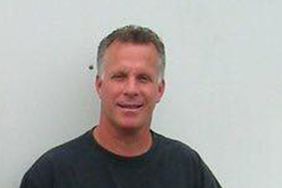 2 Friends Drown in New Jersey Creek While Trying to Save Swimmer: They're 'Real Life Heroes' 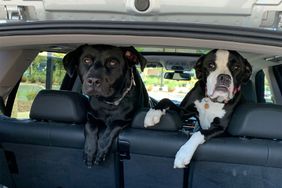