There’s a new member of the pasta-themed puffin family at Baltimore’s National Aquarium.

The baby puffin, named Spaghetti, hatched on July 18 and joins siblings Penne, Ziti, Gnocchi, Ravioli, and Macaroni, all of whom are currently on exhibit.

"Spaghetti has remained in the burrow since hatching on July 18, receiving food from parents Vigo and Staypuft and growing to full size," a Facebook post from the Aquarium reads. "In their natural habitat, pufflings spend six weeks in their burrows before heading off to the open ocean for three to four years."

Once Spaghetti has a full coat of waterproof feathers, the baby puffin will join its siblings in the facility’s Sea Cliffs exhibit, the post said.

Spaghetti’s hatching comes less than one year after Macaroni was welcomed to the family in September 2019. At the time, Macaroni was the 16th puffin chick to successfully hatch at the Sea Cliffs exhibit since 2006.

"This lil' noodle is the latest Atlantic Puffin chick (or puffling) to hatch at the Aquarium," the aquarium wrote in the announcement of Macaroni’s hatching. "Parents Staypuft and Viggo will be keeping a watchful eye on Macaroni in their burrow for the next 40 or so days, until this puffling is fledged and ready to explore!"

The National Aquarium names their puffins according to lineage, picking themes for each family line to make identifying the birds easier. Both Spaghetti and Macaroni are part of the aquarium’s pasta-themed family line. 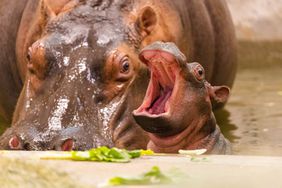 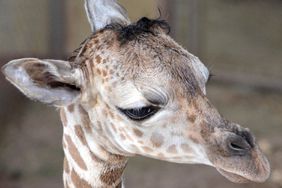 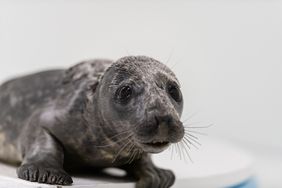