My Best Friend Is a Grizzly Bear!

From holidays to his wedding, naturalist Casey Anderson, star of Expedition Grizzly, has made Brutus – the bear he rescued as a cub – an important part of his life

Brutus helped naturalist Casey Anderson meet his wife, actress Missi Pyle, through one of the grizzly bear’s movie shoots. Naturally, Brutus was in attendance at their August wedding. “Brutus hooked me up,” Anderson tells PEOPLE Pets. “Who would have thought: a mountain man and a girl from the Hollywood Hills?”

Anderson raised Brutus, who was slated to be euthanized in an overpopulated wildlife park, since he was a tiny cub. He sees Brutus as a bear ambassador to his wild cousins – but he still gets to be a bear. “He digs, swims, wrestles with other bears, he’s a bear,” Anderson says. “But being that he was in my life since he was so little, I’m a huge part of his life.”

Brutus would probably thank Anderson if he could for rescuing him and four other bears who couldn’t survive in the wild, but had nowhere else to go. Brutus shares Anderson’s five-acre wildlife park with fellow bears Jake and Maggie, 3, and Sheena and Christie, 23. “They are individuals, as we are as people,” Anderson says.

PART OF THE FAMILY

Brutus gets to join the family for special occasions like Thanksgiving. Each of Anderson’s bears eats about 35 lbs. of food a day – salmon, apples and other fruits are favorites. “Brutus likes to go out and have interactions, see new places and smell new things,” says Anderson.

Anderson and Brutus are close friends, and frequently hang out together at the Montana Grizzly Encounter wildlife park. You can visit (tourists support their rescue efforts), but don’t expect to share a hot tub with Brutus – Anderson is the only one who gets this close. “Since he’s come into my life, he’s changed the whole purpose of my life,” Anderson says. “Bears live to be 40 – he’s 7 now, I’m 33. We’re going to be old dudes together.”

Anderson says it was easy to teach a smart bear like Brutus to act in films, commercials and educational spots. And he’s a student of Brutus’s, too: The bear gave Anderson lessons in bear behavior, gestures, needs, emotions and moods that most biologists could only dream about. “I’ve learned integral levels of body language that I only could learn by living with him,” Anderson says. “It has helped me out there in the field.”

Casey Anderson’s special Expedition Grizzly re-airs on National Geographic May 16 at 8PM ET/PT. To read more about the unique duo, read our story. And, catch Casey and Brutus Skyping with Oprah Winfrey on Friday’s show! 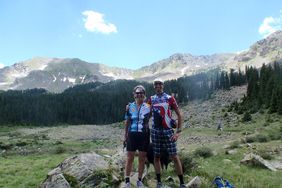 Are Animals Paying Too High A Price For Attacks On People? 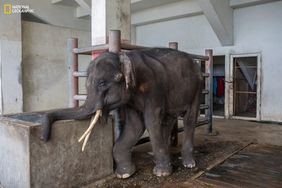 A Sad and Grizzly End 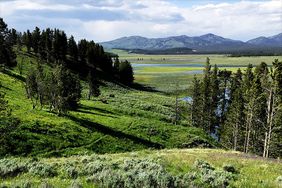 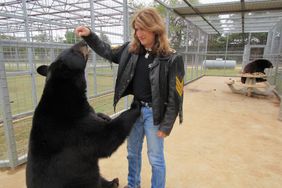 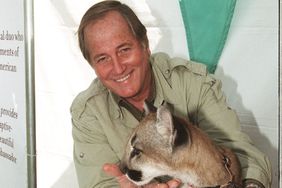