Is this the world's most flattering treat? See the elaborate pupcakes modeled after extra-sweet canines

The good people at Pink Cake Box bakery in Denville, N.J., created a pastry replica of a couple’s Yorkshire terrier, Juicy, for their wedding rehearsal dinner. The head of the cake was made from Rice Krispie treats!

Another wedding, but this time, the cake was for the groom. The bulldog, made to look like the University of Georgia’s mascot, was created by Elizabeth Forkey at EBCakes in Georgia. The large confection, made with chocolate pound cake and a mocha buttercream filling, fed 85 people.

Even celebrity dogs are getting caked! Glee star Jane Lynch gave her beloved Lhasa asp, Olivia, a birthday worth celebrating – with help from Karen Portaleo at Highland Bakery in Atlanta.

Debbie Goard of San Francisco’s Debbie Does Cakes is already famous for her confections. She knew just how to make this pug look its birthday best.

Goard also created this cake likeness of Bee, a Chihuahua who appears to have a bit of a daredevil side.

Here comes the wedding cake! Pugsley became one couple’s lemon-scented butter cake (with raspberry Swiss meringue buttercream) thanks to Lisa Bugeja at Flour Confections in Toronto. “The couple loved their dog Pugsley and really wanted him to be part of the wedding, but since they couldn’t have their dog at the wedding, this was their next choice,” Bugeja says.

This friendly pup, a Labradoodle from Australia, got to be part of her owner’s 60th birthday celebration. Elisa Strauss at Confetti Cakes in New York baked the sweet surprise.

For one lucky girl’s holy confirmation, a loving grandmother commissioned Suzette “Ski” Kabzinski in Buffalo, N.Y., to whip up this baked version of Scout, a much-loved rough-haired Jack Russell terrier.

The dog is a symbol of their love! Natasha Tantama at Cake Et Cetera in Jakarta, Indonesia, created this cake for a client who wanted to celebrate an anniversary with her boyfriend. “This dog means so much to them because they raise the dog together and love the dog so much,” Tantama says.

A guy will do anything for his dog – even if it means eating him! Kyong S. Capwell of One of a Kind Cakes in Corning, N.Y., created this puppy cake for a groom at his wedding.

This cake, another made for a groom, represents some major loves in his life: Virginia Tech and Brutus, the terrier mix. Kara from A Cake to Remember in Richmond, Va., says she had to create Brutus’s “fur” out of chocolate clay pushed through a garlic press. 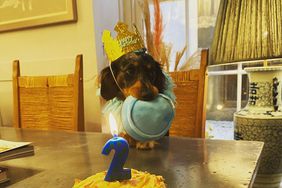 Emilia Clarke Bakes a Special Cake for Her Dog Ted's 2nd Birthday: 'I Am Now This Lady' 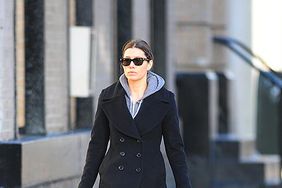 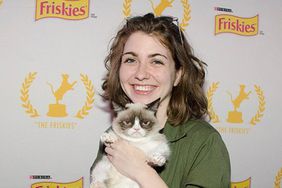 I Was Lucky Enough to Meet Grumpy Cat 4 Times, and I Am a Better Person for It

At Wedding Receptions, Pets Take the Cake ... as Toppers!

Dogs Are a Piece of Cake at San Francisco Bakery

Fun Photo: Panda Has His Cake – and Eats It! 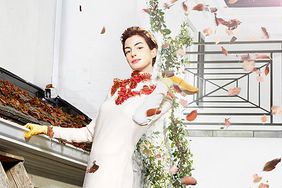