Lisa Vanderpump's dog rescue is being sued for negligence and fraud by a woman claiming that the non-profit organization falsified the records of a dog she took home, leading her to get worms.

The plaintiff alleged in documents obtained by TMZ and RadarOnline that she played with a dachshund named Cassie at the Vanderpump Dog Foundation in Los Angeles in July 2019. She said that staff members told her that it was safe to play with Cassie even though she wasn't dewormed yet.

The Centers for Disease Control and Prevention states that humans can get worms from dogs or cats "when soil, sand, or plants that have been contaminated with infected animal feces are accidentally put in the mouth and ingested."

The woman suing the rescue center said after bonding with Cassie for several hours, she was approved to adopt the dog the next day, she alleged in the lawsuit.

Vanderpump Dog Foundation employees allegedly told the woman the animal was a "puppy in healthy condition" with all needed vaccinations and treatments, per documents obtained by TMZ. She further alleged that the foundation provided false immunization records and a false certificate claiming Cassie had been dewormed when it was time for her to bring the dog home.

The pet owner alleged that as soon as she brought the dog home from the Vanderpump Rules star's rescue center, the dog showed signs of a worm infection that had to be treated at a veterinary hospital, documents obtained by TMZ show.

Days after taking her pet to the hospital, the plaintiff became ill with a severe worm infection later diagnosed as intestinal parasites that required medicine, according to her complaint.

The woman has alleged that she attempted to contact the Vanderpump Dogs Foundation and hasn't heard back.

She claimed in court documents that she is "utterly traumatized" from the experience and still suffers from emotional distress, disgust and nightmares, according to The Blast.

The woman is seeking payment for all medical expenses and hospital bills as well as cleaning expenses required to get rid of the parasites in her apartment, the outlet reported.

Vanderpump Dogs Foundation did not immediately respond to PEOPLE's request to comment. 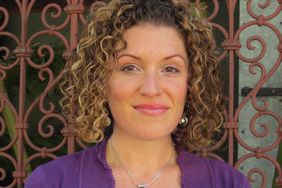 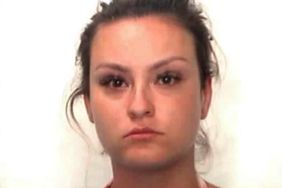