Leighton Meester cuddles with a pup on the set of Gossip Girl. Plus: Sheryl Crow's husky pal, Alicia Silverstone's prized pooches and more!

Spotted: Gossip Girl star Leighton Meester filming a scene in New York’s Central Park for her hit show with TV dad John Shea and a sweater-wrapped bulldog. Is there a puppy in character Blair Waldorf’s future? Only Gossip Girl herself knows for sure!

Actor Jim Carey gets friendly with an Italian Greyhound while vacationing with girlfriend Jenny McCarthy in Hawaii. Carey and McCarthy later enjoyed the romantic sunset – with the friendly pooch!

Singer Sheryl Crow hits the pavement in Los Angeles with son Wyatt, 20 months, and one of her rescue pups. The self-proclaimed dog lover – who also owns a horse – grew up around canines.

Where’s Fido? One of Alicia Silverstone’s pups gets camera-shy as she and husband Christopher Jarecki go for a stroll in Los Angeles. The PETA spokeswoman and her husband are said to live with a “menagerie” of rescue dogs. 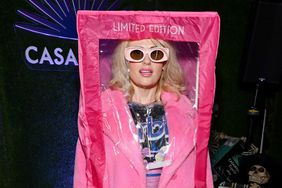 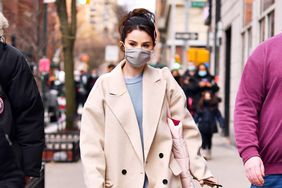 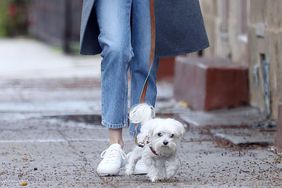 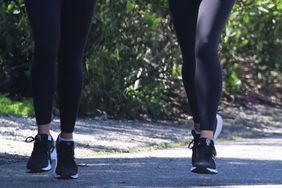 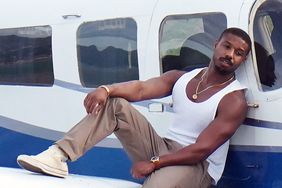 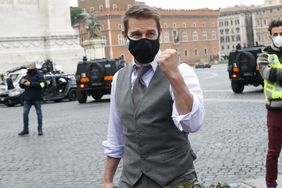