Katy Perry Continues to Resurface on Twitter – with Kitty Purry

Slowly returning to social media since her split from Russell Brand, the singer shares a pic of her beloved cat

Katy Perry has one reliable creature comfort in her life: her cat, Kitty Purry.

The photogenic Maine coon helped the pop star become a cat lady, inspired Perry’s first perfume, Purr, and is now keeping Perry company as she deals with the end of her 14-month marriage to Russell Brand.

Though Perry shied away from Wednesday’s 38th annual People’s Choice Awards, where she won big in five categories, she did make an appearance on Twitter, thanking fans and sharing a new photo of Kitty Purry.

“Meow!” Perry wrote, captioning the shot of Kitty hiding under some furniture.

The Tweet has at least one other meaning: Meow! is the name of Perry’s second fragrance, which debuted in November. 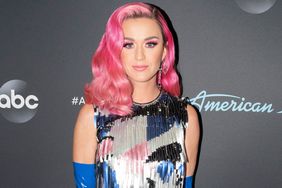