While speaking with schoolchildren during a charitable visit, the Duchess shares what she and Prince William have named their cocker spaniel

The Duke and Duchess of Cambridge have a little dog in wolf’s clothing!

Kate revealed her puppy’s name during a watercolor lesson she attended at The Art Room, one of the four charities of which she is a patron.

During the visit, a little boy handed Kate a dog stuffed animal, and she asked whether it had a name. When told there wasn’t one, she suggested to name it after her own pup: Lupo. PHOTOS: William & Kate Enjoy a Day with Puppy

The dog – first seen dashing around the couple’s feet as they strolled along a beach in Anglesey, Wales – is about four months old.

A royal source says, “They liked the name. They like the play on the word for wolf.” The Latin word for wolf is lupus.

The name was revealed during a lesson described by Art Room manager manager Lisa Hancock as “delightful.”

Kate, known as “Miss Catherine” in the classroom, wore a denim apron over her patterned Orla Kiely dress for the painting session, and interacted well with the children. “She seemed to have as much fun as the children,” Hancock says. “She had all the right language and was very calm and gentle.” 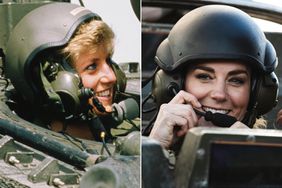 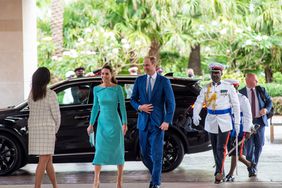