"I miss you so much already, sleep my sweet angel," Karl Cook wrote in a touching tribute to their beloved dog

Kaley Cuoco and Karl Cook are paying tribute to their dog Petunia.

In respective posts on their Instagrams Wednesday, the couple announced that their beloved dog had died.

"After a life of untold loneliness and hardship, she is at rest. For that, I am happy," Cook, 29, wrote in a touching post dedicated to their dog who they adopted when she was already a senior. "We did what we [could], adopted Petunia to do better than anyone else, give her everything."

"She is resting at peace, with everyday's sunset to warm her. That is what matters most," Cook continued. "Petunia, it is not the amount of time together, but it's [the] affects on the soul. You affected everyone who met you."

"You’re forever my old lady😭😘😍 I miss you so much already, sleep my sweet angel❤️❤️❤️" he added beside a series of photos and videos with the pup.

Cuoco, 34, also memorialized her dog on her Instagram Stories, making sure to give a shoutout to Paws For Life K9 Rescue, the nonprofit that initially rescued Petunia and where they adopted her from.

"We were so honored to love her in her final days," Cuoco wrote. "We love you dear special Petunia. You are the reason we continue to save dogs just like you. And we will never stop."

Petunia's death comes eight months after Cuoco announced that her and Cook's rescue dwarf pony, Fiona, had passed away following health complications that the animal had been struggling with all her life.

"We did all we could but her small body could not survive. She no longer has to live in pain and she passed away covered in blankets surrounded with love," Cuoco wrote in March. "We will continue to save everything we can but know days like this will happen. ♥️ we love you princess Fiona!!"

Fiona and Petunia are just one of many animals that Cuoco and Cook have welcomed into their home. Among the other furry friends they have include horses Bella and Poker Face, a dwarf mini horse named Shmooshy, and dogs Blueberry, Dumpy and Norman.

"I was already involved with horses, then we happened to meet at a horse show,” Cuoco said in Aug. 2019 of her professional equestrian husband, who she married in 2018. "It was totally meant to be. We were pretty much a good match from the beginning."

"We share so much love for animals — we love horses and we love the sport,” she continued. "I think anyone who works with animals has to have a kind soul. It’s almost like he’s the horse whisperer. He is just wonderful with them. It’s really beautiful to see that patience he has with them … he’s so gentle." 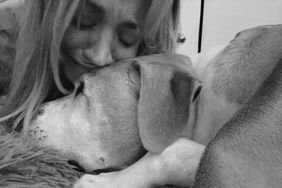 Kaley Cuoco's Beloved Dog Norman Dies: 'You Will Always Have My Heart' 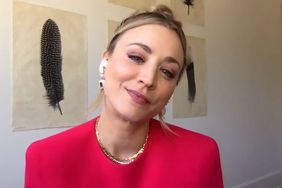