Jessica Simpson and her dog Daisy go for a ride in Dallas. Plus: Naomi Watts, Matthew Broderick and more!

Jessica Simpson makes a sunny appearance in Dallas on Friday with her dog Daisy and boyfriend Tony Romo (not pictured) after celebrating New Year’s in Miami.

A bundled-up Naomi Watts – who just gave birth to her second son, Samuel Kai, on December 13th – takes to the Hamptons streets with dogs Bob and Ned. The actress and her family are reportedly spending the holidays in the Long Island, N.Y., community.

Hail to the Chief! Former President George H.W. Bush and his wife Barbara take their pint-sized pup for a stroll after deplaning in Waco, Texas. The couple famously raised Millie, their springer spaniel (who wrote her own book!), while in office.

No walking for this pup! Actress Michelle Rodriguez tucks her pooch under her arm as the two head for a dog park in Los Angeles.

Actor Matthew Broderick goes incognito as he hops into a car in New York City’s West Village with his family’s dog. 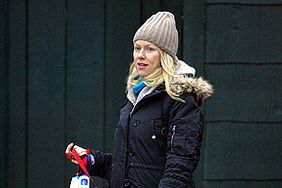 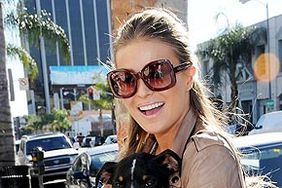 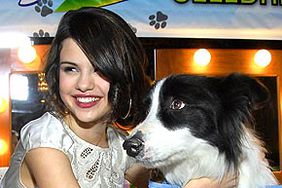