From family playdates to travels with dad, Jackman's French bulldog is living the high life

After bringing home French bulldog Dali, and wife Deborra-Lee Furness show him off in November 2010, cuddling up to the little guy during a park playdate in New York.

Oscar only has eyes for his chilly puppy while hanging with dad. “My son is an artist, and his favorite artist is Salvador Dalé,” Furness told PEOPLE of how the pooch got his name. “Because of the way his mouth curls, he looks like Salvador Dalé with a mustache.”

Life’s a winter wonderland for the bundled-up bulldog, who keeps cozy with a new coat during a January outing with Jackman and daughter Ava in New York.

Awk-ward! Dali gets a sweet squeeze from mom while sandwiched between his smooching parents.

Have family, will travel! Before jetting off in July, Dali sticks close to little lady Ava as the Jackman clan makes its way through LAX.

The French bulldog soon touches down in the City of Light and goes for a walk through the Jardin d’Acclimatation.

Ever the social butterfly, Dali fits right in with his owner’s famous friends, letting Mariska Hargitay’s son August man the reins during an April playdate.

Can’t the humans go any faster? As a New York City dog, Dali knows the only way to get somewhere is to move quickly.

“He’s got a face only a mother could love,” Furness once told PEOPLE of her itty-bitty bulldog, who accompanies mom and dad on an adults-only stroll.

So this is what it feels like up north! Dali gets his first taste of Canada in July when Jackman brings him along to Toronto, where the actor starred in a one-man show.

FOUR FOR THE ROAD

Hugh Jackman Treats His Dog to a European Vacation

Puppy Playdate Alert! The Jackmans Stroll with the Hargitays 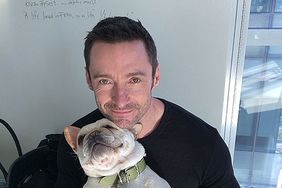 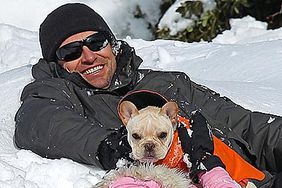 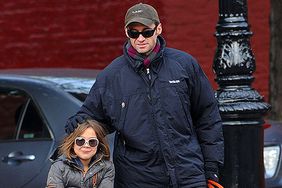