How Can You Say No? Your Pets' Best Stare-Downs!

Obey now, humans! 16 gazes that will make you melt – and hand over thetreats

There’s a very good reason for this super-cute head tilt and stare. “Norman is wondering if it is time to go on a walk,” says Candy Blakeslee (bestfriendsmom) of Chino Valley, Ariz. If he keeps this up, the answer will most certainly be yes!

How could you say no to Pixie and Mookie? This is what Nathalie Lee (nathalie) is up against.

How can Mona Gregorich (tucker103008) of Carson City, Nev., resist eyes like these? Not a chance! After this picture was taken, Tucker probably received some doggy cookies, his treat ball or his rubber chicken – three of his favorite things in the world!

“This is what Bruce does when he wants what I have in my hands or wants in my lap,” explains Sage Gibbs (sagegibbs). “He stares at me with his ears down until I say come up.” Good technique, Bruce!

After Susan Prentice (susiep1202) had an accident, Georgie stepped up like a therapy dog, helping to carry things and running to Susan’s side when she falls. So, Georgie knows to be delicate. “Whenever Georgie wants something,” says Prentice, “she’ll very gently lay her head on my knee and look up.”

“This is the look Libby gives us when she wants some attention,” says Aurelia Pratt (aureliajoy) of Waco, Texas. “The bone is an added bonus of cuteness that she uses against us! She carries her bone everywhere with her. Even if she is playfully barking at us, she barks with bone in mouth!”

Michelle Gibbs (mygirls17) of Fort Washington, Pa., says that Sweets loves watching the birds outside. Why is this kitty flashing such a serious look? Because she’s saying, “Please someone … catch one for me,” explains Gibbs.

“You can’t say no when he gives you this stare!” says Kelly Mullarkey (KellyMullarkey) of Jacksonville, Fla. No doubt about it, Kelly!

While some dogs use their staring powers to get treats, Ming has a higher purpose. “Ming is trying to get me out of the Stones River in Murfreesboro, Tenn.,” explains Lyndsey Shukla (moolang). “He loves water, but doesn’t like it when people are in it. He acts like he has to save everybody.”

What’s going through Rosie’s mind right now? “Rosie is thinking: ‘Squirrel, get in my belly!’ ” explains Dave Levy (madamroosevelt). Of course, the squirrel on the fire escape has yet to obey her command.

Is this some sort of dance routine? Nope, these pups are just in sync! Vanessa Torres (jacks52) of Phoenix, Ariz., says: “I opened the blinds and they sat in that pose looking outside.”

Patti Navarro (2frencieinsd) tells us what Shigeki would be saying if those big eyes could talk: “Mom, quit taking pictures – can’t I dig in now? It’s my birthday!”

What big eyes you have! Turns out Whatsit is doing what she does best: “She’s looking for food on the table,” explains Lesa Schaubeck (lesa01) of Phoenix, Ariz. 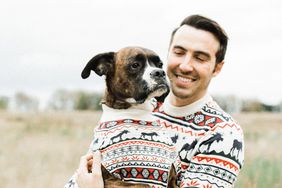 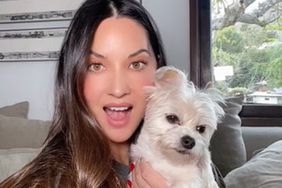 Obsessed with Your Pet? Treat Yourself to a Gift Personalized with His Adorable Face 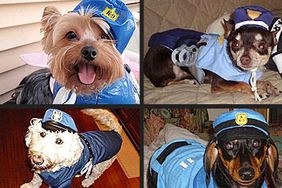 Love Your Pet? Say It with a Tattoo – for Your Car! 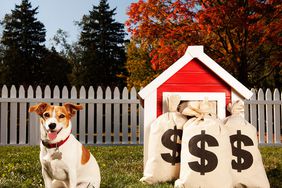 Can You Say Internet?

Would You Have a Memorial for Your Pet? 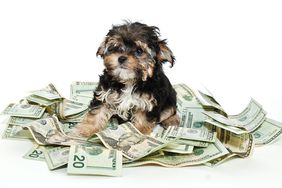 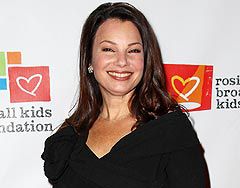 Can You Say, 'Senator Drescher'?

Would You Snuggle in Bed with Your Pet Rat?

How to Go Green – with Your Pets – for Earth Day 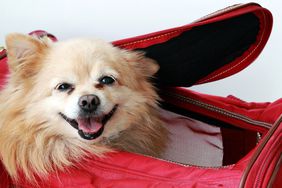 The Best and Worst International Airlines to Fly with Your Pets

The Water Bowl: Is Your Pet Really Making You Healthier?

Can You Say 'Brave' ? Porcupine Takes On 13 Lions Like a Boss