Hilary Duff hasn’t forgotten about the other kids in the house!

Though the actress and husband Mike Comrie became parents to son Luca on March 20, she was already a mom of sorts to her pack of dogs – Yorkie Jak, Chihuahuas Lola and Coco, and Bernese mountain dog Dubois – and she still has her eye on them.

“Where’s Jak???” she Tweeted on Monday, along with a seemingly nondescript photo of a couch and two pillow cushions.

Upon closer inspection, Jak was blending in totally with his surroundings and nestled between the two pillows. Luca, get ready to play some hide-and-seek!

• Bethenny Frankel’s Dog Has a Bumpy Start in L.A. 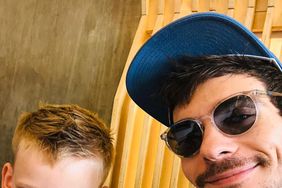 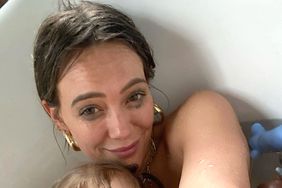