Ginger "isn't a big fan of yours truly. Which makes me mildly crazy, if I'm being perfectly honest," von Oy writes

Jenna von Oy is a celebrity blogger for PEOPLE’s Babies section. During her recent experience switching lives with Jill Zarin on Celebrity Wife Swap, the actress made the acquaintance of the former Real Housewife’s puppy princess, Ginger – and it wasn’t easy! von Oy shares her story with PEOPLE Pets below.

Even if you watched my July 15th episode of Celebrity Wife Swap, you’re probably still in the dark about the Ginger vs. Jenna showdown. There were so many funny and fantastic moments captured on camera, the real behind-the-scenes boxing match is somewhere on the cutting room floor. Editing is everything!

So who is Ginger, you ask? She’s that gal in the photo above. No, not the one sitting on the steps with a look of dismay; that’s me, though I can see where there could be some confusion. I’m referring to the cheeky rascal in the brown fur coat, who stuck her tongue out when asked to pose for a photo.

Meet Ginger Zarin. (Her mommy is Jill Zarin, formerly of The Real Housewives of New York City!) She’s sassy, she’s wily, and she isn’t a big fan of yours truly. Which makes me mildly crazy, if I’m being perfectly honest.

Don’t misunderstand me, I don’t expect everyone in the world to love me; I’m not quite that ignorant or vain. But I never thought I’d cross paths with a DOG I couldn’t charm! (Until Ginger, that is.) And as a mom with five canine-kids of her own, I have a constant desire to express my nurturing, loving parental side … yes, even with honorary Chihuahua-children.

Now we all know that sometimes the “real” in reality television can be a bit of a misnomer, but believe me when I tell you there was nothing fake about my contentious interactions with that furry little spitfire. Ginger is no animal actor, and her aversion toward her new “swap mom” was authentic. Who knew I’d find my arch nemesis in a pint sized, pork chop-eating, vet-visiting canine? It turns out she’s my doggie adversary. She’s my pooch rival, if you will. A.k.a. she’s hell on paws. RELATED: Jenna von Oy’s Blog: Life After Celebrity Wife Swap

For the most part, as evidenced by the episode itself, my Celebrity Wife Swap experience was flawless. We all enjoyed the adventure tremendously, which is shocking when you consider how awry it could have easily gone! I say this, despite any initial acerbic comments that you may have overheard in the episode. I mean, what’s a reality show with no drama? A boring one, I suppose.

I’m still not sure I can put a finger (paw?) on my misstep. Perhaps Ginger wasn’t fond of my staunch “Kobe beef isn’t dog food” stance, or my skepticism over dressing her in frou-frou costumes. Maybe she was irked by my own lack of swanky, fancy-pants attire, disillusioned by the fact that I boycotted taking her to lunch in a designer, leather handbag, or ruffled by my refusal to build her a life-sized shrine in the living room.

Perhaps it’s because this “hillbilly” actually likes to wash her own dogs instead of sending them to a professional groomer, or maybe she simply felt I was too unsophisticated and unrefined for the posh social scene of The Hamptons. And she might actually have a point there. (FUN FACT: Ginger has more stamps in her passport than I do! She even has more Twitter followers. No joke! Check her out: @realgingerzarin)

It’s possible that Ginger is doggedly proud to be a one-woman pup, or that she’s just a difficult broad to get along with in general. Some might call her affliction a Napoleon complex of mythic proportions, but I wouldn’t say that. No, I would never say that … You know, since it might just be perceived as the pot calling the kettle black (I’m only 5 feet tall). RELATED: Jenna von Oy’s Blog: Surprise! I’m Pregnant Again

Regardless of the reason, my time at Camp Zarin was somewhat of a hostile takeover of the canine kind. I envisioned Cujo-like scenarios in my sleep, while the Jaws soundtrack played on repeat in my head for dramatic effect. I was living in an Alfred Hitchcock fantasy, complete with black and white images of sharp fangs in dark, cobweb-filled corners. Which, if I may toot my own horn for a moment, takes a pretty damn good imagination to accomplish in a pristine, spacious beach house!

The fact is that Ginger and I have what some of you might perceive as a love/hate relationship. Evidently, hell hath no fury like a Chihuahua scorned (Or at least a Chihuahua whose mommy left to go to Nashville to play with five other doggies instead!). Even a dog biscuit couldn’t curry favor, despite several attempts to offer the proverbial olive branch. Or, in my case, the offertory kibble.

Oh, Ginger, can’t we all just get along? Rest assured, there’s zero love lost on my end, sweet girl. I will continue to bribe you with treats and vie for your affections with squeaky toy incentives.

And one day I’ll make you like me; just you wait. Sometimes I’m an acquired taste.

Until next time … Peace, love and pawprints,

P.S. This blog was written in good fun; it is entirely intended to be an exaggerated, tongue-in-cheek narrative. I don’t think Ginger Zarin is the devil incarnate, nor do I think she’s a snobby Hamptons socialite! (Though it could be argued that her upscale tastes would give Paris Hilton a run for her money.)

Nevertheless, I mostly think Ginger is a misunderstood soul, trapped in the body of a Chihuahua, who has every right to dislike whomever she pleases. Even if that someone is me. After all, I have been known to get a wee bit snarky from time to time. I know that’s hard to fathom.

DISCLAIMER: No animals were harmed in the making of this blog post. The same may not be said for certain animal egos, however.

P.P.S. You can catch this blog, as well as my other weekly posts, on The Cradle Chronicles! 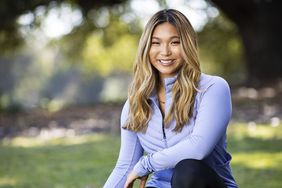 Jenna von Oy's Blog: I'm Back - with Secrets to Spill!

Jenna von Oy's Blog: The World According to Gray 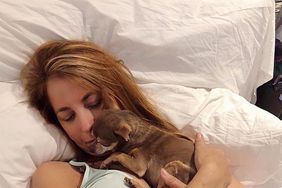 Jenna von Oy's Blog: Embracing the 'Back to School' Spirit