On Monday, the former president, 94, tweeted out the news that he now is the proud parent to an America’s Vet Dogs service dog named Sully.

“A great joy to welcome home the newest member of our family, “Sully,” a beautiful — and beautifully trained — lab from @AmericasVetDogs. Could not be more grateful, especially for their commitment to our veterans,” Bush, a World War II vet, wrote in his tweet, which has been liked more than 15,000 times. The former POTUS has been in and out of the hospital a few times in recent months, most recently with low blood pressure and fatigue; he also suffers from vascular parkinsonism, and since a vertebra break in 2015 has used a motorized scooter to get around.

Sully, a Labrador retriever trained by the same non-profit that trained Today‘s Puppy with a Purpose, Charlie, was escorted to his new home by Bush’s friend, 42nd President of the United States Bill Clinton.

This match was made possible thanks to Walter Reed National Military Medical Center in Bethesda, Maryland, which recommended America’s VetDogs to Bush and his family. Sully, 2, is specially trained to help Bush with his daily activities, in addition to being a loyal canine companion.

The yellow Lab has followed an interesting path to end up beside the former president. Sully is named after former airline pilot Chesley “Sully” Sullenberger III, known for his famous emergency landing in New York City’s Hudson River in 2009. After being weaned from his mom, the dog was moved to a prison to take part in VetDogs’ prison puppy program. Until he was 15 months old, Sully was trained and socialized by inmates, who helped the future service dog learn basic commands, obedience, housebreaking and the foundations of his service dog training.

From here Sully was transferred back to his original home, the America’s VetDogs facility in Smithtown, New York, where he completed his specialized training program, designed to meet Bush’s individual needs.

“America’s VetDogs’ trainers and staff worked closely with the president’s team to find the best match,” said John Miller, president and CEO of America’s VetDogs, in a press release about Sully’s placement with Bush. “We are excited to work with President Bush and utilize this opportunity to shine a light on the services America’s VetDogs provides veterans and first responders to live a life without boundaries.”

Sully is one of the numerous dogs that America’s VetDogs and its sister organization the Guide Dog Foundation trains and places every year with people who need guide dogs, hearing dogs, service dogs for PTSD, services dogs for physical disabilities and therapy dogs to help with rehab at military and VA hospitals.

America’s VetDogs and the Guide Dog Foundation provide service dogs to those in need with no charge to the individual, providing these individuals with a newfound independence without the hefty price tag.

To breed, raise, train and place a service dog costs more than $50,000. America’s VetDogs depends on donations and volunteers to make their work possible. To learn how you can help, including raising puppies training to be service dogs, visit America’s VetDogs Website.

This isn’t the first pup for the former president: he and late wife Barbara famously raised English Springer Spaniel Millie (who even put out a book!) during their time in the White House. 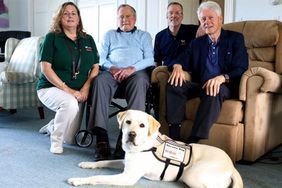 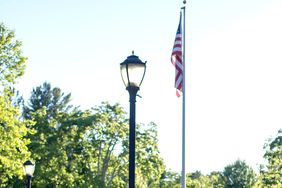 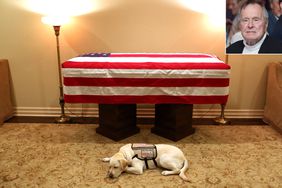 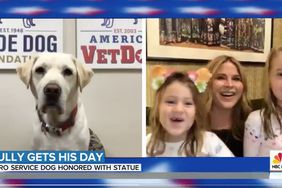 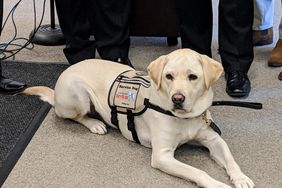 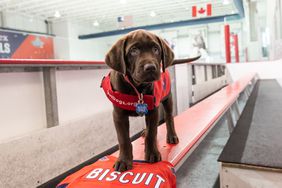 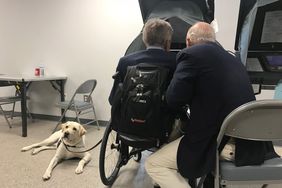 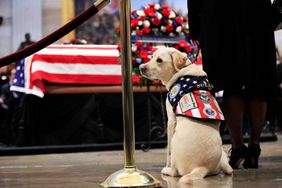 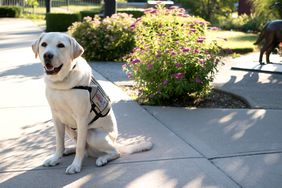 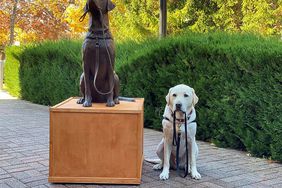 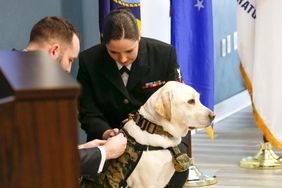