Joseph Corrao allegedly grabbed the bird by the neck and threw her to the ground, causing fatal injuries, in 2016

The Florida man linked to the death of the beloved Busch Gardens flamingo Pinky has died.

Joseph Corrao was crossing a busy road in Orlando, Florida and hit by a pickup truck on Wednesday, June 5, according to a report from the Tampa Bay Times. Corrao was taken to Florida Hospital East before he died at the hospital.

While an investigation into the crash is ongoing, the Tampa Bay Times reported that the driver survived the crash uninjured and was not cited for the collision.

Corrao’s death comes about two months before he was scheduled to appear in court for the death of Pinky, a 19-year-old dancing flamingo that had lived at the Florida amusement park Busch Gardens since her birth there in 1996.

Pinky served as one of the park’s animal ambassadors, and a park spokesperson said it was “a very sad and hard day for us here” at the time of Pinky’s death.

In 2016, Corrao was visiting the park with his mother and three teenage kids when he started picking up flamingos in the Jambo Junction area, according to a police report. While Corrao’s mother told him to stop, he instead grabbed Pinky’s neck and violently threw her to the ground.

The attack on the bird left Pinky with traumatic injuries she could not recover from, including nearly severing her foot, and she had to be euthanized.

The Tampa Bay Times reported that Corrao was apologetic after hearing Pinky died from his actions, and told police at the time that he was “just trying to show off to his daughter.”

Corrao was then arrested by Tampa police, and in a hearing, Judge John Conrad told him his action “actually borders on depraved.”

“Mr. Corrao, I don’t know if you have other issues. I don’t know who does that, I really don’t. I don’t relate to that on any level,” the judge said before ordering him to Hillborough County Jail to be held on a felony count of aggravated cruelty to animals.

“Pinky loved to dance for our guests,” said the park spokesperson at the time.

“Her keepers say that this is not a trained behavior, but a natural behavior she loved to show off,” the spokesperson continued. “Flamingos are filter feeders, using their beaks to strain tasty morsels out of the water around them as they wade. To stir up the tastiest treats, flamingos will stamp their webbed feet. Pinky often performed this toe-tapping behavior out of the water for guests.”

According to the Tampa Bay Times report, Corrao was deemed incompetent to stand trial after being examined by two psychologists, who found he suffered from mental health issues including schizophrenia.

Corrao was declared competent in March, after being told to undergo “in-home competency restoration training,” avoid alcohol and take medication, the outlet reported. The prosecution then continued moving forward on Corrao’s case, and a court date was set for August.

After Corrao’s death, however, prosecutors filed a formal notice dropping the criminal charge against him. 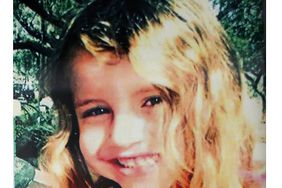 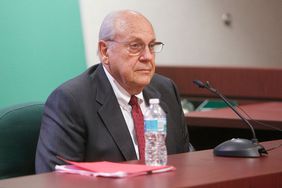