A dog in Tangerine, Florida, is being hailed as a "hero" after alerting her owner to a house fire, which ultimately helped him to safety.

On Wednesday, Joel Rosa was awoken around 3 a.m. by his pooch Maggie at their home on Clayton Street, as flames engulfed the residence.

"It was really scary," Rosa told local station WESH 2 News. "At the beginning, I thought that I [could] stop it myself even from outside."

Maggie barked and woke Rosa up, and the two were able to make a safe escape as fire crews arrived to flames shooting "through the roof," Orange County Fire Rescue spokesperson Lisa McDonald told the station.

McDonald explained that crews "worked a defensive fire and were able to knock it down, it did flare back up again," and said she thought lighting from the previous day played a large part in the blaze.

"We believe it was a lightning strike from yesterday's storms that hit the house and that lightning festered inside the roof," she said. "This is a 7,000 square foot home. It's a very large home, and it was 80 percent involved with flames."

"The homeowner should definitely thank his pet for waking him up," McDonald added.

RELATED VIDEO: Meet Riggs, the Firehouse Dog Who Hangs Out With New York's Bravest as Part of the Team

Firefighters were eventually able to get the fire under control, but it caused a partial collapse on one side of the two-story home.

But Rosa is just thankful he and Maggie got out safely — and he can't sing her praises highly enough. 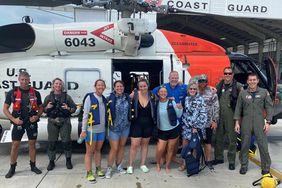 7 Passengers Rescued by Coast Guard After Lightning Strikes Boat in Florida: 'Everybody Is Safe' 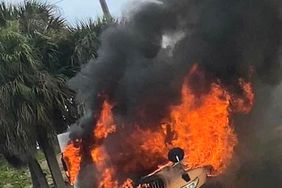 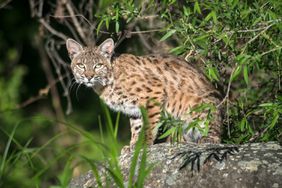 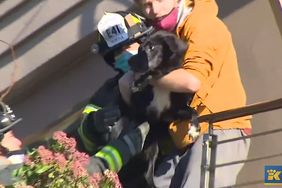 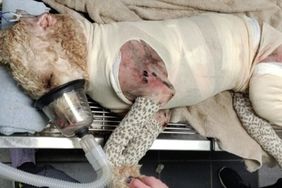 Labradoodle Set on Fire in Georgia by Unknown Attackers Is Expected to Recover, Says Rescue Group 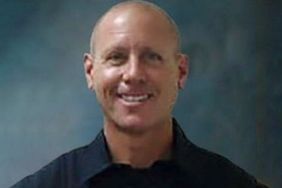