A rare fish species believed to have gone extinct with dinosaurs millions of years ago has recently been rediscovered alive in the Indian Ocean.

According to a report from Mongabay, a US-based non-profit conservation and environmental science news platform, a group of South African shark hunters recently found the rare coelacanth species (Latimeria chalumnae) in the West Indian Ocean off the coast of Madagascar.

The coelacanth species is also known as the "four-legged fossil fish" and dates back to 420 million years ago. The species lives in undersea canyons at depths between 100 and 500 meters and weighs up to 90 kilograms, per Mongabay's report.

In recent history, the first rediscovery of the coelacanth was made back in 1938 by a group of Marine fishers who set gill-nets off the southwest coast of Madagascar.

At the time, scientists were shocked by the discovery of the species. Since then, there have been more reports of the coelacanth being caught by fishers off the coastlines of South Africa, Tanzania, and the Comoros Islands, while a different coelacanth species has turned up in Indonesian waters, Mongabay's report states. The species is currently listed as critically endangered.

According to a new study published in the SA Journal of Science, as of May 2020, there have been at least 334 reports of coelacanth captures.

"When we looked into this further, we were astounded [by the numbers caught]… even though there has been no proactive process in Madagascar to monitor or conserve coelacanths," lead study author Andrew Cooke told Mongabay.

The study also reiterated that the coelacanth species is in danger of going extinct due to the uptick in shark hunting.

"The jarifa gill-nets used to catch sharks are a relatively new and more deadly innovation as they are large and can be set in deep water," researchers said. "There is little doubt that large mesh jarifa gill-nets are now the biggest threat to the survival of coelacanths in Madagascar." 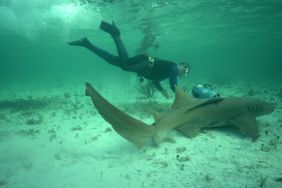 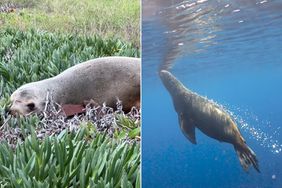