The dog emerged from the drainage pipe unharmed thanks to the St. Johns County Fire Rescue

A dog is back above ground thanks to a Florida fire crew.

"SJCFR and SJCSO responded to a call of a dog stuck in a drainage pipe. The owner stated that their visually impaired and deaf dog mistakenly got out of the house and went missing. They located him inside the pipe and called for help," SJCFR wrote along with photos from the rescue.

"Engine 14, Squad 4, and USAR 4 arrived and realized the dog was located in the center of the drainage pipe. The crews work for about two hours trying to free him," the fire rescue added.

Photos from the rescue show the dog tucked deep inside the narrow pipe and the canine emerging from the dark hole to a small crowd of concerned firefighters.

According to SJCFR, the disabled dog was "scared and tired" after the incident but did not get injured during his time in the pipe.

"He was happy to be reunited with his family!" SJCFR wrote of what happened after the rescue.

SJCFR had a busy week saving animals. On Sunday, the fire rescue posted that a different crew helped a group of ducks over the weekend by pulling a lost ducking from a storm drain and reuniting the baby animal with its family. 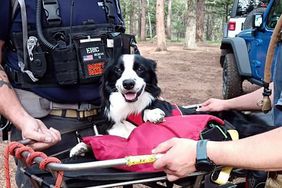 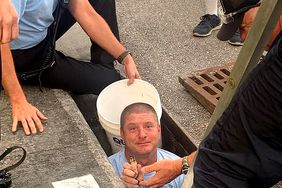 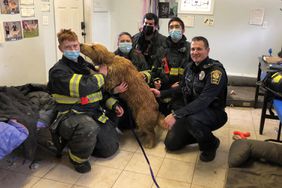 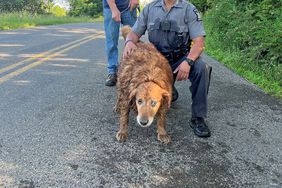 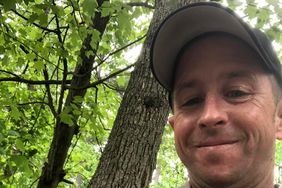 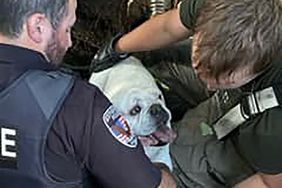 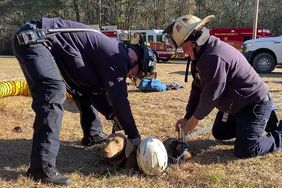 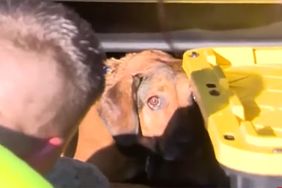 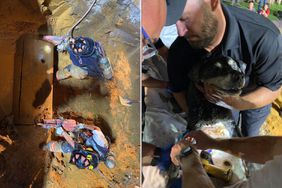 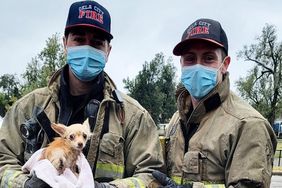 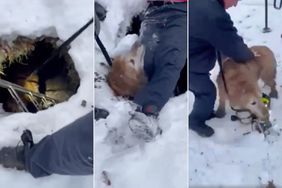