A black bear that took social media by storm this summer has died.

Officers were alerted to the hit-and-run on Route 136 around 6:30 p.m., and discovered the bear suffered serious injuries, the Associated Press reported.

"It had some broken legs and it was barely breathing when my officers got there," Doyle told CBS2. From there, state officials directed that the animal be euthanized.

The bear's death has been widely mourned on social media, as thousands have followed Bear 211 on Facebook in recent months. A Facebook page for the bear was created on May 28, attracting over 5,000 followers, many whom documented the animal's adventures roaming around Connecticut and Westchester County, New York in recent months.

"My heart is broken right now to the point where I can't stop the tears. I am in the middle of making a Bear 211 album, (which I will continue), because of the joy he has brought me, and so many others," one Facebook fan grieved in the wake of the bear's death. "Never has a wild/forest animal been loved so much in this area."

"This bear brought so much happiness and was often the topic of conversation at the dinner table with our children.. (they actually put their phones down)," another echoed. "Thank you again Bear 211 for bringing light to many people who needed it.❤️"

Part of the draw, Doyle said, was Bear 211's lack of fear as he roamed around suburban areas. Locals in New York and Connecticut grew fond of the creature, and monitoring his escapades.

"I think the bear was very charismatic. It was not that afraid of humans," the police chief told CBS2. "It would be swimming in people's pools, playing on their swing set, things like that."

Becky Newman, director of nature programs at Earthplace Nature Center, warned against erasing boundaries between humans and bears. Doing so, she said, reduces the animal's natural fear of things like humans and motor vehicles.

"I'm hoping that the takeaway can be that we respect nature and wildlife from a distance and we can coexist with them without trying to make them our pets and our projects," Newman told the outlet. 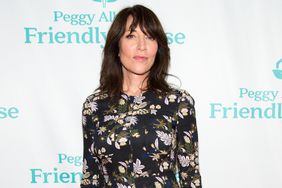 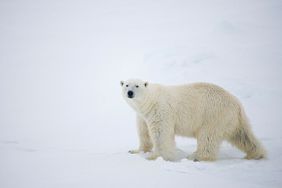