What a good boy!

Although the Iowa caucus is less than week away, Elizabeth Warren is currently stuck in Washington, D.C. — where the Massachusetts senator is sitting in on President Donald Trump’s impeachment trial — so her trusted dog Bailey is hitting the campaign trail on her behalf.

At Warren’s campaign field office in the midwestern state, the presidential candidate’s husband, Bruce Mann, brought along their adorable golden retriever for a meet-and-greet.

“As you can see, it is all paws on deck,” Mann told the crowd, according to the Washington Post, noting that as far as he was concerned, Bailey was already doing his job quite well — even securing an endorsement for his politician parent.

“Within 24 hours, the Des Moines Register had endorsed Elizabeth,” Mann noted. “You be the judge: correlation or causation. But I think Bailey is a natural closer.”

Just like his mother, Bailey took selfies with the crowd at the event and was even given a peanut butter and oats “dog cake” by local resident Meg Beshey, according to BuzzFeed News.

Although the gift was a “Valentine” from her own canine, Beshey thought it best not to bring her pet in to meet the “potential first dog” snout-to-snout.

“That wouldn’t be appropriate,” she said.

Earlier, Bailey also got a chance to meet Gideon Kidd, the 11-year-old behind the popular Twitter account “I’ve Pet That Dog” — and shine a spotlight on some of the causes near and dear to his heart.

“I pet Bailey Warren. He is an almost 2 year old Golden Retriever. He is campaigning through Iowa to become First Dog. The most important issues he wants addressed are more Milkbones and getting rid of student debt,” the resulting Twitter posts on Kidd’s account read.

“Bailey loves everything, especially the snow. His best friend is a Pitbull named Obie who lives with Senator Warren’s son. Bailey stays with Obie while his caregiver campaigns. Bailey likes to spend his free time chasing rabbits and romping in the woods. He thinks life is good.”

Of course, Warren isn’t the only democratic hopeful with an adorable canine at home.

Joe Biden has two German shepherds, Champ and Major, and Pete Buttigieg shares dogs Truman and Buddy — who even have their own Twitter account — with husband Chasten.

Michelle Obama Shares Pics of Bo and Sunny on National Dog Day: ‘I Love These Two Balls of Fur’

Warren and Mann first welcomed Bailey into their lives in 2018, even though the timing wasn’t great for them.

“It made no sense for Bruce and me to get a puppy. After all, I’m traveling back and forth to Washington nearly every week, and Bruce has a full-time job,” she wrote on social media at the time. “And a puppy is a bother – chewing everything, piddling on the floor, crying in the middle of the night.”

However, she went on to note how instrumental their previous dog, a golden retriever named Otis, had been when she ran for Senate.

“If I really felt aggravated by some Republican attack, I’d brush Otis. And every evening, Bruce, Otis and I would settle on the couch for an hour of television,” she wrote of the canine, who died of cancer in 2012 — just days before the election.

“The fights in Washington have gotten more intense. The stakes have gotten higher. The losses have mounted up. A few weeks ago, Bruce said, ‘We’re getting a dog.’ I started to recite the list, and Bruce just smiled. ‘The heart wants what the heart wants.’ And now we have Bailey who chews, piddles, and makes my heart happy,” she added. 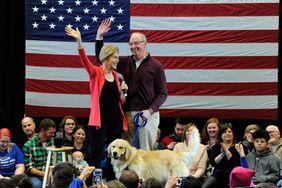 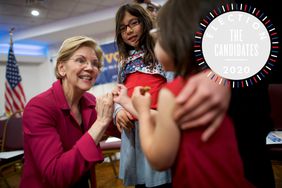 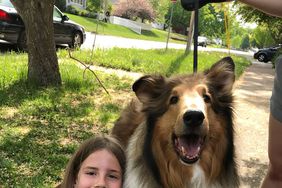 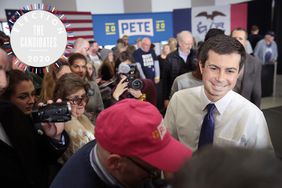 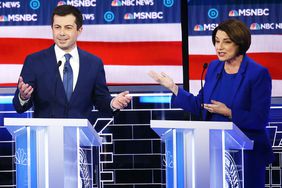 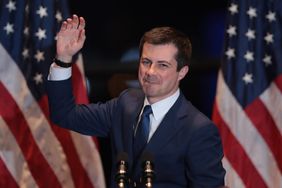 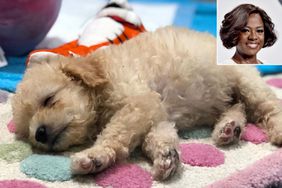 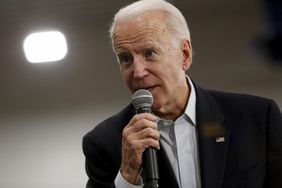 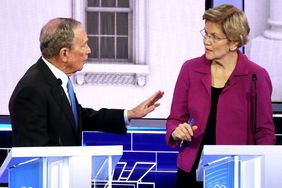 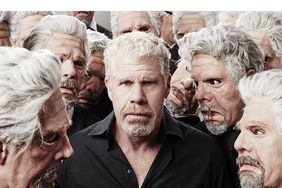