Usually Lacey Schwimmer kicks off a new season of Dancing With the Stars with a fresh spray tan. But a week before the show’s season nine premiere, Schwimmer couldn’t resist rescuing a two-year-old cream-colored Chihuahua she saw at the Orange Bone shelter in Los Angeles.

“Her name is Madeleine,” Schwimmer tells PEOPLE Pets. “The poor thing was abused and not cared for. She needs knee surgery. We call ‘Maddy’ our little tripod since she can’t use her back left leg. But she’ll have surgery at the end of the month.”

Maddy joins Schwimmer’s other pup, an eight-month-old black Chihuahua-pinscher mix named Harlequin, who was rescued earlier this year from the same shelter. After one week together, Mom says her two “kids” are getting along very well.

“Maddy and Harlequin are two peas in a pod. So cute to see!” Schwimmer, 21, says. The harmonious bonding puts the dancer at ease since she has to work so many long hours on the show. “Now I don’t feel guilty going to work and leaving one pup alone because they have each other.” 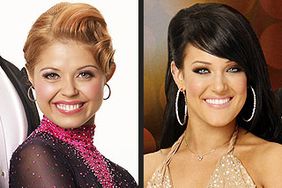 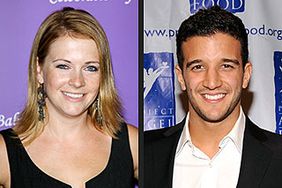 'Dancing with the Stars' Pairs Revealed!

Former Bachelor Is Master of New Doggy Dating Show, Hot Tubs and All 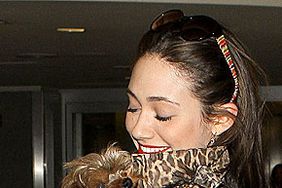 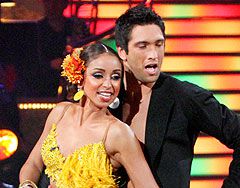 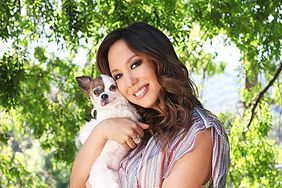 'Dancing with the Stars' – and Their Pets!