Jaques, Nanners and Tubby are all amphibians known as Dumpy tree frogs or White's tree frogs

These tree frogs are dumpy, and that’s not meant as an insult; it’s simply what these types of amphibians are called.

This trio of Dumpy tree frogs, sometimes known as White’s tree frogs, happens to belong to Meagan Fry and Jon Milliken of Toledo, Ohio. The pair adopted their first two frogs — Tubby and Jacques — in February, after seeing an ad on Craigslist about available tree frogs from and owner who was no longer interested in the amphibians.

“Jon had frogs when he was a kid, and we both grew up in Northwest Ohio, where there are always plenty of toads and frogs around! We never would have thought we’d be frog owners before we saw that Craigslist ad!,” Fry told PEOPLE.

In August, Fry and Milliken welcomed one more frog into the fold, Nanners. They quickly discovered that each of the hoppers had their own, unique personality.

“Tubby is a blue Australian morph. He’s fairly shy but tries to act like a tough guy sometimes. He loves to cuddle up with his mom in our heated blanket. When he’s not relaxing, one of his favorite activities is to climb the walls of the house,” Fry said.

“Jacques is the sweetheart of the bunch, he’s the green Indonesian. He sleeps most of the time and loves food more than anything. He’s so lazy he often eats in his sleep, if we hold food in front of him when he’s sleeping he’ll eat it without even opening his eyes,” she added. “We call him the mushroom king because he is obsessed with a little mushroom house we bought them from a craft store.”

10 Expedition Teams and Match.com Are Working to Find This Very Single Frog a Date

“Nanners is the yellow wild child. He’s the youngest in the tank with the big frogs and literally bounces off the walls. He definitely rules the roost, mostly because he bites everything in sight since he is always hungry,” Fry said, rounding out the three amphibian amigos.

Once they realized just how precious and peculiar their frog family was, Fry and Milliken knew that had to share their pets and the “the hilarious things the boys do” with the world. They decided to create an Instagram account for the animals, but had to find the right name for the account first.

“The name ‘dumpythicc’ was sort of a play on words that stemmed from people using the phrases ‘dummy thicc’ or ‘dumb thicc’ to refer to people being curvy. They’re chubby, Dumpy tree frogs, so we figured dumpythicc would be a funny name for the Instagram,” Fry said of how the frogs’ Instagram name was born.

On the DumpyThicc Instagram, you can find plenty of frog shenanigans. Nanners, Tubby and Jaques are photographed with silly smiles, in big cuddle puddles, stuffed in to ridiculous spots around the house, and, of course, wearing hilarious outfits.

“We make most of the costumes and props on our own. They’re typically just foam or paper, but look absolutely adorable on the boys. We’ve bought some of the props and things from craft stores,” Fry the frog mom said, adding that by doing it herself, she can “assure that none of the materials on the props are toxic to the frogs.”

The reaction to the account, which started in June, has been fantastic. The “boys,” as Fry calls them, have already amassed over 17,000 followers and have inspired plenty of fan art and fan mail.

“People message us all the time to let us know how much our frogs mean to them, and I wish the boys could understand the big impact they’re making,” the owner said.

And while Fry thinks that frogs aren’t the most trainable pets, she has found that the amphibians have picked up a few skills through their Instagram stardom.

“They’ve gotten really great at posing for pictures, especially Nanners, because they’ve come to associate picture time with food, which is the key to their hearts,” she said. “Nanners will actually ‘beg’ for food, he’ll stand up and wave his hands at us until he gets a snack.”

Dog Learning to Talk By Using a Custom Soundboard to Speak: ‘I’m in Constant Amazement’

Fry and Milliken love their frog friends, but encourage anyone thinking of getting a frog for the first time to prepare for a few things. Frogs often aren’t active until late at night, according to Fry, so “be prepared to have a pet that you have to stay up late to watch be active!” Male frogs also have surprisingly loud croaks, so get ready for a little night music if you decide to adopt a male amphibian.

Before getting a frog, Fry suggests getting a “a 20 gallon tank with an additional 10 gallons per each additional frog.” These pets also need “things to climb around on, such as branches and vines, and places to hide.”

“They’re an extremely low maintenance pet, and if the correct research is done prior to purchasing, they are nothing but fun,” she added.

Fry and Milliken are obviously smitten. They brought home a fourth frog in December, named Meep, and are hoping to add a 5th froggy family member in 2020, so make sure to check in on this “dumpythicc” bunch often on Instagram at @dumpythicc. 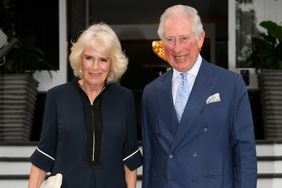 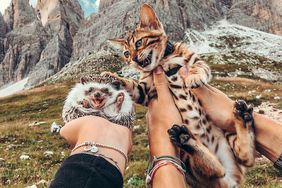