A lost swimmer was found off the coast of Ireland thanks to a few helpful dolphins.

The swimmer, who had been missing for nearly 12 hours, was spotted on Aug. 22 by Royal National Lifeboat Institution (RNLI) volunteers when they saw him surrounded by a pod of dolphins, BBC reports.

"At 20:30, the volunteer lifeboat crew with Fenit RNLI spotted a pod of dolphins and a head above the water about two-and-a-half miles off Castlegregory beach," the RNLI said. "The casualty was conscious and immediately recovered onto the lifeboat and brought to Fenit Harbour to be taken to hospital."

The swimmer, who was identified as a man in his 30s from County Londonderry, was "hypothermic and exhausted" when he was rescued, and had only been wearing a swimsuit after hours spent in the chilly waters.

The man told his rescuers he had been trying to swim out to Mucklaghmore Rock, which is over five miles from the beach where his clothes had been found. His abandoned belongings are what sparked the search.

Fenit RNLI's Gerard O'Donnell told the BBC that the rescuers had been "scanning the water for any sign of movement and were worried with light fading that they would not find anyone," before they discovered the man amongst the dolphins.

He has since been taken to University Hospital Kerry, where he is recovering.

The animals surrounding him were later identified as bottlenose dolphins living in Scotland's Moray Firth. Since 2019, the dolphins have been spotted off the Irish coast.

RNLI coxswain Finbarr O'Connell told The Irish Independent there were "a lot of dolphins around" the man when he and his crew finally located the lost swimmer. He added, "Maybe they helped him in some way or another: who knows?"

O'Donnell reminded anyone venturing into the water for a swim "to let people know where they are going and when they are expected back," adding, "This was a very lucky individual."

Dolphins have a history of protecting humans in the ocean. According to Slate, "Dolphins have sometimes been known to occasionally engage in 'reciprocal altruism,' helping members of other cetacean species."

Back in 2004, four New Zealand swimmers were rescued from a great white shark by a pod of dolphins who encircled them, allowing them to escape. "They could have sensed the danger to the swimmers, and taken action to protect them," Orca Research's Ingrid Visser said at the time.

And in 2014, long-distance swimmer Adam Walker made headlines in a similar incident, when a pod of dolphins helped keep him safe from a predatory great white nearby. 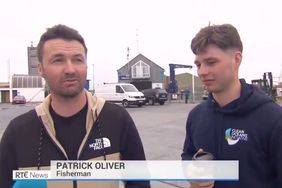 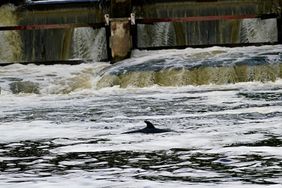 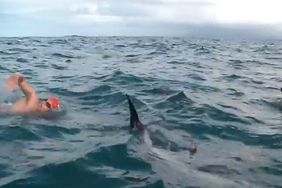 Swimmer Being Chased by Shark Protected by Pod of Dolphins 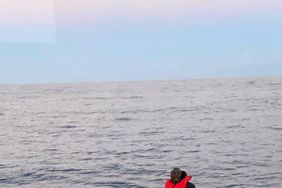 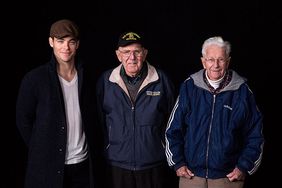 'The Finest Hours' : Behind the Incredible True Story of the Coast Guard's Most Daring Rescue Attempt