A growing breed of pet owners transform their dogs into colorful creatures like dragons and peacocks.

Sandra Hartness, a California groomer, planned her standard poodle Cindy’s transformation into camel for a year before the Groomer Expo. She let Cindy’s white hair grow out for nine months to achieve the hump, then dyed it tan in several stages. Wearing a Cleopatra dress, Hartness snagged first prize.

Hartness is part of a growing cadre of extreme groomers who compete in what’s called Creative Grooming. Though some may wonder if the dog enjoys the process, Cindy insists she does. “She knows when she’s colored, she knows when she looks good,” Hartness says. “She gets super happy and wiggly.” Though most customers at Hartness’ Sandy Paws shop in Yucca Valley only dabble in color with pink ears or tails, many groomers are taking their art to new extremes. Still, they only use dyes that won’t hurt the dogs. Some even use Kool-Aid.

Most groomers are fans of the white standard poodle. “It’s a large canvas,” says Dawn “Queen of Color” Omboy.

See more photos of Grooming Gone Wild in our Gallery! 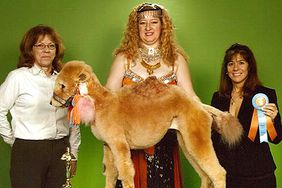 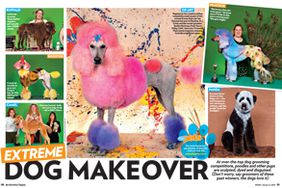 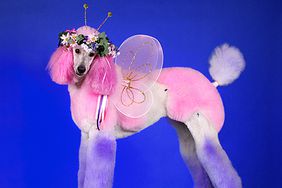 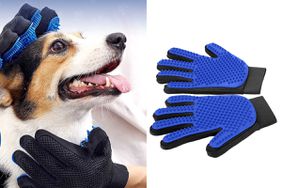 This Pet Deshedding Tool Is Over 50% Off on Amazon Thanks to a Double Discount, but Not for Long 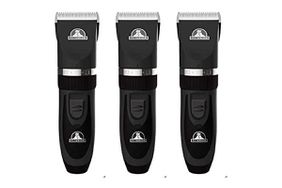 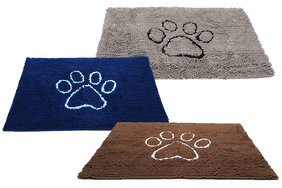 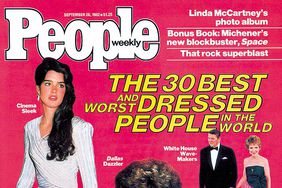