The video, from the PBS docu-series Nature, shows an octopus named Heidi dramatically changing color while she sleeps

A stunning video of a scientist’s pet octopus has the scientific community asking the question: do octopuses dream?

The video features an octopus named Heidi, who was caught on camera in her tank in Alaska Pacific University octopus researcher David Scheel’s living room for the PBS docu-series Nature.

In the clip, Heidi is stuck to the glass side of the tank, asleep. But what happens during her nap is extraordinary. Heidi begins to change colors and texture, just as she would if she were reacting to stimuli while she was awake.

Scheel said he had never seen such a response recorded before.

“If she is dreaming, this is a dramatic moment,” Scheel said as Heidi changed color from yellowish to white.

Scheel said that watching Heidi’s body changes can help come up with a narrative of her dream, if she is, in fact, dreaming.

He narrates: “So here, she’s asleep. She sees a crab and her color starts to change a little bit. Then she turns all dark” — at this point in the video, Heidi turns a dramatic shade of dark purple, and then suddenly back to white — “octopuses will do that when they leave the bottom.”

Shortly after, Heidi begins to display “camouflage,” which Scheel said looks as if “she just subdued a crab and now she’s going to sit there and eat it, and she doesn’t want anyone to notice her.”

“It’s a very unusual behavior, to see the color come and go on her mantle like that,” Scheel said. “I mean just to be able to see all the different color patterns, just flashing one after another. You don’t usually see that when an animal is sleeping, which really is fascinating.”

If You Give an Octopus Ecstasy, He’ll Probably Want a Hug to Go With It, Says Science

Octopuses are some of the smartest animals on the planet, but some researchers are hesitant to confirm that they dream while asleep, saying that more data needs to be collected.

“You’ve got some evidence in front of you, but you’d need to know so much more to understand better what’s causing the behavior,” University of Cambridge psychologist Nicola Clayton told the New York Times, likening studying Heidi’s sleep behavior to studying a “crime scene.”

If Heidi is sleeping, though, her pal Scheel likes to think of her catching and snacking on that crab.

“If she’s dreaming, that’s the dream,” he said in the video with a laugh. 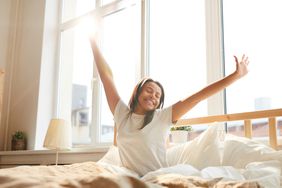 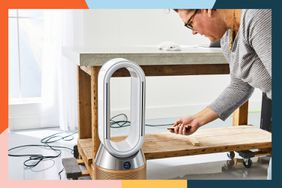