Something compelled Kiba the cat to stick his head down a bathroom drain and get stuck — thankfully, a little creativity got him out.

The latter was provided by the Cessnock District Rescue Squad who used tools from a “finger kit” — a kit that helps with ring removals and fingers stuck in drains — to free the animal from the tight spot.

On Sunday morning, the squad responded to a call “for assistance from a person whose pet cat had got its head stuck in a bathroom floor drain,” according to a Facebook post shared by the Australian squad.

It was unclear to rescuers exactly how Kiba got himself into this conundrum, but their first order of business was to make him comfortable.

“Kiba the cat had become well and truly stuck after some kind of investigation into the drain went wrong,” the post said. “Our volunteers managed to remove the drainage socket from the tiles to make it easier and more comfortable, and then set about removing the plastic from Kiba’s head.”

The cat, who sported a wet mohawk after the rescue, seemed grateful for the squad’s hard work — his owner certainly was.

“Seriously, thank you again guys, we wouldn’t have been able to get him out if it wasn’t for your amazing work,” wrote the cat’s owner Chris Threadgate on Facebook. 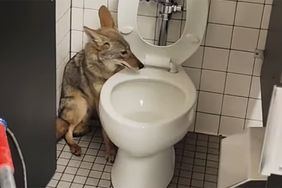 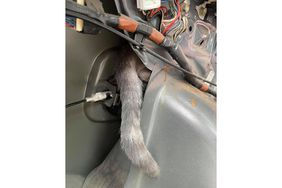 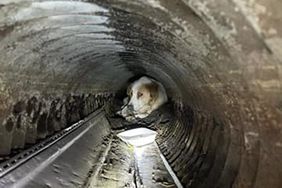 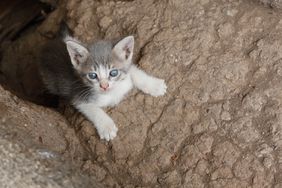 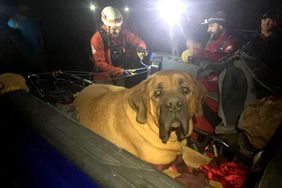