WATCH: Cat Can't Catch Birds — and Can't Stop Freaking Out About It

"My cat mumbles to himself," says a caption for this trending YouTube video

Sorry, Charlie: It looks like there’s only one thing standing between you and the birds that frolic outside, and it’s not going away anytime soon.

The vocal indoor feline is the star of this video with more than 3 million views on YouTube. Watch as the “kitty mumbles to himself,” according to the caption, chattering continuously as he hunts unobtainable birds on the patio.

Part of us thinks the feline — who is also the star of his own Instagram page — is grumbling about the fact that he’ll never get his paws on said birds, but we also believe he’s marveling at their feathery beauty … and how that would taste in his mouth.

Evidence on Instagram tells us that if Charlie ever did catch those birds, there would be a brawl. See video above in which he attacks a potato.

In another, the cat isn’t afraid to give his owner the old one-two punch.

Humans and avians, you’ve been warned. 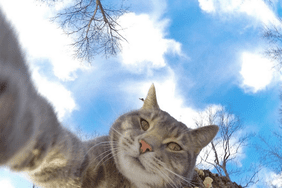 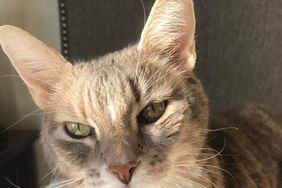 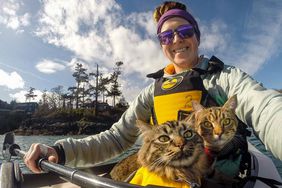