Cat That Went Missing 15 Years Ago Finally Reunites with Her Owner: 'It's Amazing'

"It was nice to have her in my arms again," the California cat's owner said

Over a decade later, this cat has found its way home!

On Thursday, a brown tabby feline named Brandy was finally reunited with her owner after she first went missing 15 years ago.

"It's amazing. I think it's unbelievable," Charles, who did not want to disclose his last name, told the Associated Press. "I saw her, I picked her up and she started to purr and it was very emotional. It was nice to have her in my arms again."

"I did break down and cry because I thought about all of the years I lost from her," he added.

Charles adopted Brandy in 2005 when she was just 2 months old. Shortly after adopting the cat, the owner let the kitten out to play in his backyard and she went missing.

"I was very sad," he said. "I wanted her back because when I adopted her I made a moral obligation to take care of her for her life."

The computer technician said he went looking for her — checking animal shelters and putting up signs — but he eventually lost hope that she would return.

"But I was hoping someone would take her off the streets to take care of her, and I guess that's what happened," he said.

Charles later moved to the San Fernando Valley area of Los Angeles, where he adopted two younger cats. This is where he was when he received a call last week from a Los Angeles County animal shelter in Palmdale (around 40 miles from his new home) explaining that they had found Brandy and traced the feline back to him using the pet's microchip.

"I was skeptical. I thought it must be a mistake," Charles said of what he initially thought of the call. "Maybe there's a 1-in-a-million chance it's Brandy. But after 15 years, it's highly unlikely."

Brandy was malnourished when the animal shelter found her, so Charles believes that someone took her in for much of the past 15 years, but that she went missing again several months ago.

Brandy's former owner won't be able to take the long-lost cat, because she can't live in his new apartment with his two younger cats. Luckily, Charles' sister, who lives nearby, offered to take Brandy in, so she can stay in the family.

"She doesn't have a lot of energy. But she seems very content," Charles said. "She purrs a lot. She seems to be happy to have a home again." 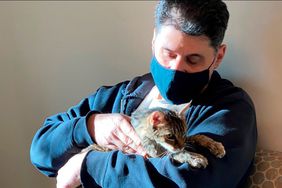 Cat Reunited with Owner 15 years After the Then-Kitten Went Missing: 'It's Unbelievable' 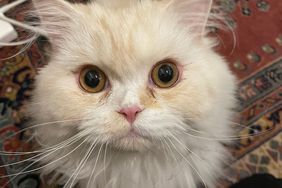 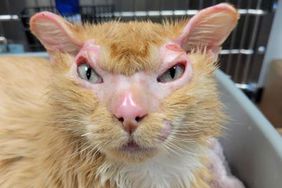 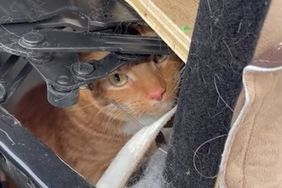 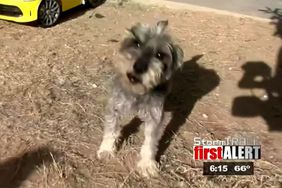