Cat That Shed 2 Lbs. of Matted Fur Is Adjusting Well to New Hair and Home

When a rescuer first spotted skittish Hidey, he thought that she "was a cat that had a blanket on top of it"

Paul Russell says it was like a scene out of the movie Alien.

When he went to check in on the cat of a distant 82-year-old relative who recently moved into a nursing home, he had no idea there was a second animal living under the same roof — “animal” being the operative word, because he couldn’t determine what exactly it was.

“Out from under a bed it darted,” he tells PEOPLE. “At first I thought it was a cat that had a blanket on top of it. The next day I went into the creepy old cellar and it was hunkered in a corner. I thought, ‘My god this is a cat.’ ”

The animal-lover and his wife Jill of Churchill, Pennsylvania, took both cats in and made an appointment at the Animal Rescue League Shelter & Wildlife Center, which eventually removed years’ worth of matted fur from 14-year-old Hidey’s body (the other cat, Siam, is about 17 years old and is doing just fine).

Since her discovery, Hidey, who was named for her penchant for hiding, has become a symbol for how important it is to check on the elderly and their pets. The Russells — who say the cat’s previous owner suffers from Alzheimer’s and “doesn’t know anybody anymore” — believe the mats formed partly because the neglected, morbidly obese feline was too large to groom herself properly.

Both felines now have a forever home with the Russells, and instant siblings in the couple’s three other cats and two dogs. It will take more time to see who Hidey really is, but she’s slowly adjusting to life without pounds of overgrown fur.

“For the first couple of days she hid under the bed,” Russell says. “When you hold her, she’s clearly shivering and nervous. She’s just starting to come out on her own now.”

This holiday will no doubt be brighter for Hidey, who will meet the couple’s other cats on Thursday after receiving her vaccinations. “Other than being standoffish, you hold her and she starts purring,” Russell adds.

Jill thinks there’s much more in store for Hidey in 2017. “In six months she’ll be running the house,” she says. “And hopefully she’ll be a little trimmer.” 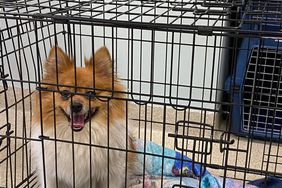 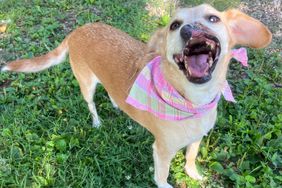 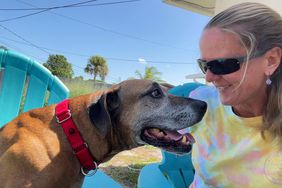