"We wish the cat the best in his remaining eight lives," Hard Rock Stadium said in a statement

A cat fell several stories and lived to tell the tale during a Miami Hurricanes game in Florida on Saturday, as captured in now-viral video.

The feline downward spiraled from an upper level of Hard Rock Stadium after getting its paw stuck on some netting, videos shared on social media show.

Luckily for the animal in question, football fans used an American flag as a safety net to rescue the cat as it plummeted to the lower level.

Initially, the cat bounced off the American flag before landing in a section that had prepared a University of Miami flag, where it was secured.

The bizarre rescue resulted in a mass cheer from the crowd.

Craig Cromer, a facilities manager at the University of Miami, was one of the people who used the flag for the cat's rescue.

"They were trying to grab it from above and they couldn't reach it but they were scaring it downward," he told ESPN. "It hung there for a little while with its two front paws, then one paw, then I was like, 'Oh my goodness, it's coming soon.'"

"Strangest thing that's ever happened at a game," his wife, Kimberly Cromer, told the outlet.

Hard Rock Stadium later shared a statement assuring people the cat did not sustain any injuries.

"We are happy that due to the heads up nature of fans in sections 107, 110 & 208 the cat landed safely after a harrowing fall," the stadium wrote on Twitter. "We wish the cat the best in his remaining eight lives."

Hard Rock Stadium added that they donated to the Humane Society in Miami following the incident and encouraged fans to do the same.

The Miami Hurricanes' good luck continued as they ended up beating the Appalachian State Mountaineers 25-23. 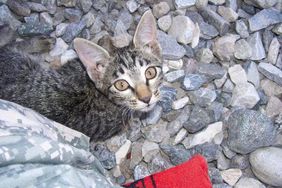 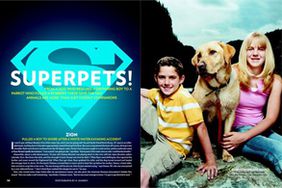 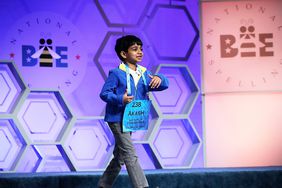 5 Reasons You Should Be Following the Scripps National Spelling Bee (Hint: It's TV's Greatest Reality Show!) 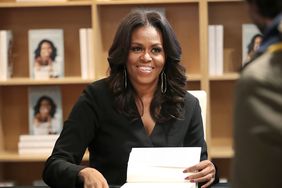