Soon all fur sold in California will be faux.

According to In Defense of Animals, California Governor Gavin Newsom signed Assembly Bill 44, a bill banning the production and sale of fur statewide, into law on October 12.

By enacting this bill, California has become the first state to fully outlaw fur sales and production statewide.

“California’s groundbreaking new law sounds the death knell for the sickeningly cruel fur industry and marks a major victory for animals, people, and the environment,” Fleur Dawes, Communications Director for In Defense of Animals, said in a statement. “The enactment of AB 44 reflects the evolving attitudes of compassionate Californians who reject ‘fashion’ made from tortured animals, and paves the way for other states — and ultimately, the world — to go fur-free.”

As Dawes statement reflects, In Defense of Animals and other animal welfare organizations are hopeful that this new ban will be the beginning of the end for the fur industry in the United States, and, eventually, worldwide.

Assembly Bill 44, presented by Assemblywoman Laura Friedman last December and sponsored by the Humane Society of the United States and Animal Hope and Wellness, will go into effect on Jan. 1, 2023. On this date the sale and manufacture of animal fur products (including hats, shoes, coats, key chains and more) will be prohibited throughout California. This new law will make “it illegal to manufacture, sell, offer for sale, display for sale, trade, give donate or otherwise distribute a new fur product in the state,” after it goes into effect, according to In Defense of Animals.

Those who violate this new law after Jan 1. 2023, could face civil and criminal penalties, including up to six months in jail and/or fines up to $1,000.

“The signing of AB 44 underscores the point that today’s consumers simply don’t want wild animals to suffer extreme pain and fear for the sake of fashion. More cities and states are expected to follow California’s lead, and the few brands and retailers that still sell fur will no doubt take a closer look at innovative alternatives that don’t involve animal cruelty,” Kitty Block, CEO and president of the Humane Society of the United States, said in a statement about what the new law means for the future of fashion.

Prada Goes Fur-Free – Plus, Find Out Which Other Fashion Brands Are Anti-Fur

In Defense of Animals estimates, by enacting this law, California will save countless coyotes, chinchillas, foxes, mink, rabbits, and other fur-bearing animals from being “gassed, bludgeoned, electrocuted” and “having their necks broken” so they can be used in animal fur products.

The passing of this landmark law, which was supported by fashion designers like Stella McCartney and Diane von Furstenberg, comes just a few weeks after Governor Newsom sign Assembly Bill 273, another groundbreaking animal rights bill, into law. AB 273 bans commercial and recreational fur trapping in the state of California.

Animal activists in the U.K. are using the passing of AB 44 to add more fire to their #FurFreeBritian campaign, urging the U.K. to follow in California’s footsteps and become the first country to ban fur. The United Kingdom banned fur farming in the country back in 2000, reports Humane Society International, but fur is still sold in the country through imports brought in from countries like Finland, Poland and China.

“Now is the time for the UK to join the trailblazing to shut down markets for this cruel and outdated industry. We banned fur farming here two decades ago for being inhumane, but now we allow tens of millions of pounds of fur to be imported; by effectively outsourcing cruelty we’ve only done half the job. Our #FurFreeBritain campaign is calling on the British government to follow in California’s footsteps, and make the UK the first country in the world to ban the sale of animal fur.” Claire Bass, Executive Director of Humane Society International/UK, said in a statement. 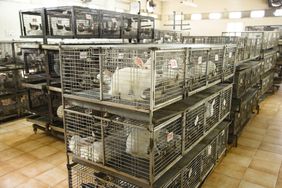 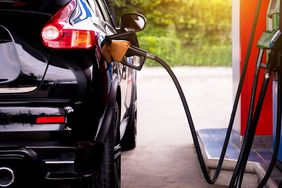 California to Ban Sales of New Gas-Powered Cars by 2035: 'It's the Action We Must Take,' Says Gov. Newsom 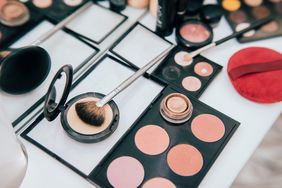 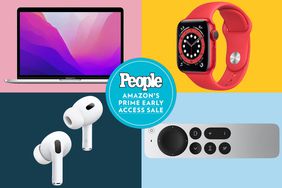 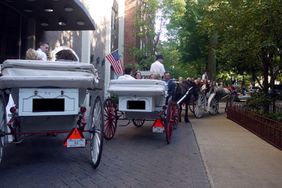