Buddy the dog is on the road to recovery.

Last month, a 12-year-old child intentionally set the stray Labrador retriever mix on fire. Buddy is currently being treated at the College of Veterinary Medicine at Mississippi State University for severe burns sustained during the incident.

"He's a loving, forgiving dog," Sandy Williams, shelter director of the Tunica Humane Society, told the Clarion Ledger. "I don't know how he's come through this and kept his tender heart, but he has. He's going to make somebody an exceptional dog."

According to multiple reports, Buddy was found in Mississippi's East Tate County on April 22 with an extension cord twisted around his neck and his face set on fire.

According to the authorities, after a reward of over $10,000 for information about the incident was offered, a 12-year-old child confessed to setting Buddy on fire. Under state law, the child cannot be criminally charged for the abuse because of their age, Tate County Sheriff Brad Lance told WMC5.

Ohio Girl, 12, Saved When Her Dog Attacks Man Chasing Her

"What's frustrating and concerning for us is the fact that under the laws of the state, we can't criminally charge," said Lance.

Since the incident, Buddy has been treated by doctors at Mississippi State University's veterinary college. He has received two skin graft surgeries performed by professionals using North Atlantic codfish skin. Buddy is expected to have more layers added in further treatments, according to the Clarion Ledger.

Dr. Elizabeth Swanson, a medical professional treating Buddy, said that the canine is making solid progress on his road to recovery.

"Everything is continuing to move along great," Swanson told the Clarion-Ledger. "The healing is really exceeding our expectations, so we're really pleased with that."

The attack on Buddy and lack of prosecution against the child have angered many, including Sheri Webb, a Georgia woman who started a petition on Change.org called Justice for Buddy. As of Wednesday afternoon, over 106,000 people have signed the petition.

"There must be consequences for anyone who does this to a helpless animal," Webb wrote on the petition. "The child needs time in a detention center and long-term psychological help, and the parents should pay reparations for the intensive medical care to rehabilitate this poor animal."

As Buddy continues to recover, the canine shows off his sweet side, cuddling up to his caretakers at the veterinary college. Once Buddy is fully healed, he will be placed in a forever home — and it won't be hard to find one. The Tunica Humane Society has already received dozens of adoption applications for Buddy.

"He's very beloved here, he's in all of our hearts," Swanson told the Clarion Ledger. "He's really one special dog." 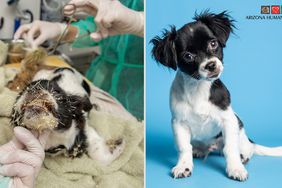 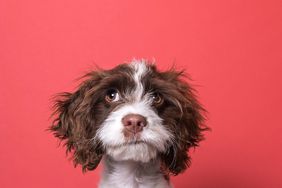 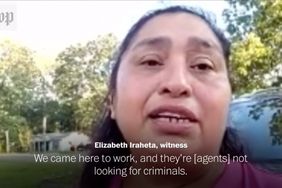 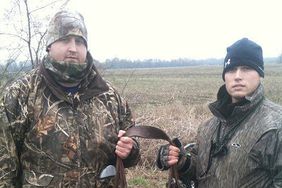 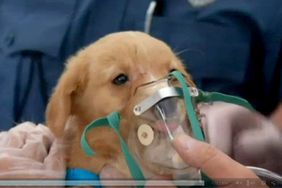 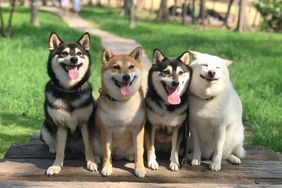