It's Brett Eldredge's birthday, his single "The Long Way" is climbing the charts, and while we can't say for certain what the country singer is doing to celebrate, we bet Edgar is there.

Eldredge's birthday happens to fall on National Puppy Day, which is perfect because Edgar is the artist's canine best friend.

These two are close, like really close, and their relationship only seems to grow as Edgar gets bigger. To celebrate Eldredge's birthday we're looking back at their adorable love story so far.

This is musician Brett Eldredge and his adorable Weizsla pup, Edgar, and they have a magical love story.

It all started when Edgar sauntered into Eldredge's life just over a year ago in July 2016. Only a puppy at the time, Edgar was a tad bit smaller back then.

The duo instantly connected thanks to their numerous shared interests, napping being at the top of that list.

They had to take a brief break from their "rowdy" snuggle sessions when Edgar broke his toe.

His dad was there to support him through every step of his recovery, even the shameful parts.

Soon enough, Edgar was back at 100 percent and searching for new adventures to go on with his best buddy.

This curious spirit has taken the pair to all sorts of fun places, like the World Series, which Eldredge's Cubbies won in 2016.

But it's not all horsing around. These two make each other better every day. Thanks to Eldredge, Edgar aced obedience training and is now a better boy than ever.

And it appears Edgar has added a little more responsibility to Eldredge's life, which he doesn't seem to mind.

Whenever one of them needs a wingman, the other is there to put his best paw forward.

The sweet saga between Eldredge and Edgar is just getting started.

There will definitely be naps. 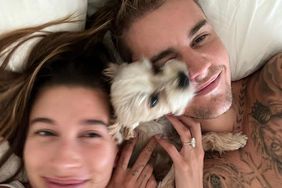 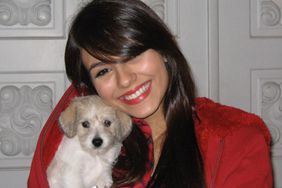