What makes the Sexiest Man Alive even sexier? His unabashed affection for his pup, Charlotte

has had two major loves in his life in recent years: his dogs, Samson and Charlotte. While Samson is no longer around, he is remembered lovingly in a photo tribute and the rescued German shorthaired pointer still plays a big role in Cooper’s life.

Chow-retriever mix Charlotte, also a rescue, met Cooper during an adoption drive in Santa Monica, Calif. “I fell in love with her immediately,” Cooper told PEOPLE.

It’s all in the body language! Cooper and his pup look happy to see each other at Los Angeles International Airport in 2009.

While the people in charge might not approve, Cooper brings Charlotte to his movie sets. “I’m not supposed to,” he told PEOPLE of his pooches, “but they hang out in my trailer.” Here, Cooper and Charlotte step out during a break from filming The Place Beyond the Pines in Schenectady, N.Y., in August.

One of Cooper’s love-interest non-negotiables: “She has to like my dog,” he says. “My dogs and I come in a package.”

“Charlotte loves me undyingly,” says Cooper, seen here with his adoring girl in 2010. “[My dogs] are my kids.”

Navigating the streets – and fame – is a little easier with some help. Gotta love a man who loves his dog!

Bradley Cooper Remembers His Dog Samson –in a Big Way 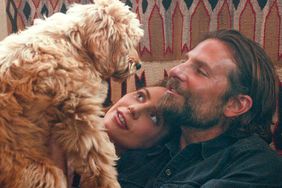 Bradley Cooper on Casting His Own Dog in' A Star Is Born' : Now 'He Doesn't Return My Calls' 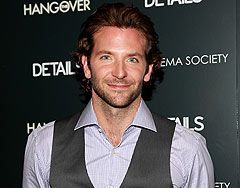 Five Things You Need to Know About Bradley Cooper 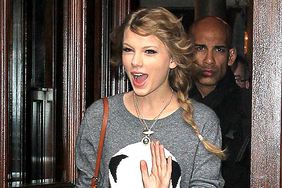 Stars and Their Wild (Animal) Style 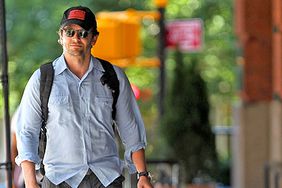